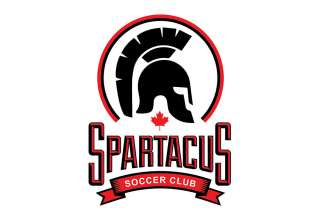 Yuri Studin, the president of the Greater Toronto Area’s Spartacus Soccer Club, has known Joseph Di Chiara since the boy was in the early stages of elementary school.

Now, Studin is beaming with pride. After coming in as a sub last Saturday in a match against Terek Grozny, Di Chiara, now 19, got his first start Wednesday in the Russian Premier League in the sky blue shirt of Kryliya Sovetov, a 3-0 home loss to Anzhi Makhachkala.

But, even though Kryliya’s loss slipped them even deeper into the relegation hole, that wasn’t the hot topic after the game. The talk was about racism. Anzhi captain Roberto Carlos — yes, that Roberto Carlos, World Cup winner with Brazil, famed left-footed free-kick taker and Real Madrid star — was again subject to a racist gesture, as a banana was tossed on the pitch.

“So, Joseph’s big day was overshadowed,” said Studin. “But I saw the press conference with the coach after the game, and he didn’t have a negative thing to say about Joseph’s presence. He was confident in his hard work. You have to understand that, outside of hockey, Russian have no concept of Canada as a culture. They think we are just one monolithic group. So they said he had no nerves, and they think that’s true of all of us.”

But there’s no hiding the pride that Studin has in his former charge — and the quick progress he’s made in Russian football.

“Look at this pampered kid from Thornhill. Who would have thought he’d had this in him? How could a kid from such a pampered suburban environment have so much guts?”

Studin’s program isn’t an easy one. He doesn’t want his club to be run at the whims of overprotective parents and fickle kids. Studin understands that soccer isn’t a democracy. He knows that well-intentioned-yet-naïve volunteers need to step aside when paid professionals are there to steer the talent. For the kind of parent who thinks that soccer should always be easy and fun — who doesn’t want their children to deal with criticism or high expectations — Spartacus may not be the right place.

Di Chiara’s parents are both retired teachers, and their son excelled at both hockey and soccer when he was young — but chose soccer. He earned a scholarship at Howard University in Washington, D.C., but his stay was short. He wanted to expand his soccer horizons, quickly.

He looked towards the Russian league, and auditioned for Moscow powerhouses CSKA and Lokomotiv; CSKA thought enough of him to recommend him to other clubs in the league; here was a Canadian player who might be worth the look.

But Studin said that trying to make a Russian team takes exceptional guts, especially when the trialist is a 19-year-old kid from the Toronto ‘burbs.

“When they were at training camp in Cyprus, they looked at him like he was a nobody. Like, who is this kid from, where? Canada? He had to consume excrement with a spoon until he became somebody.”

But, with Canada’s recent group-stage outing at the Gold Cup, and World Cup qualifiers to come in the fall, why is Di Chiara, a player who now has a foothold in one of Europe’s biggest leagues, not getting a look. Dwayne De Rosario needs to have another player behind him for the attacking midfield role. And, it is troubling that, so far, a player with Di Chiara’s talent has fallen through the cracks.

Studin won’t speak to why he thinks Di Chiara didn’t attract the attention of Canadian youth program. But, this is for sure, knowing how sensitive Canadian fans are about players deciding not to play for Canada, the questions will soon begin. Will Di Chiara be another one to get away? Will there be more “will he or won’t he” questions, like the ones that surround Blackburn Rovers’ Junior Hoilett?

Studin said scouting is the issue. For a nation like Canada, which doesn’t have hundreds of players in dozens of professional teams in a true domestic league, the CSA needs to ensure that it can identify the elite players. In Di Chiara’s case — something was missed. And a nation with as small a talent pool can’t afford to miss a player of Di Chiara’s caliber.

“With such little talent, there needs to be more diligent work (from the national program),” said Studin.

But, Di Chiara’s fate could be tied to Kriliya manager Aleksandr Tarkhanov, who is on the hot seat as his club plunges further into the relegation zone.

“I worry about Joseph’s future there,” said Studin. “Tarkhanov is a very good coach but the team is not very good. It has financial problems. Six coaches have been fired already this season in the league. So, if this coach goes, where does it leave Joseph? He has been a big supporter of Joseph, but I fear a new coach could send him to the reserves.”

Studin marvels at Di Chiara’s toughness. Russia is not an easy place to play professionally. Road trips make jaunts from New York to Vancouver look like puddle jumps. St. Petersburg is close to the Finnish border, while cities like Khabarovsk and Vladivostok are close to China. And there’s danger, too. Terek Grozny plays in the heart of Chechnya, a state run by a warlord that endured a civil war. You swing from a nation that has some of the worst hooligan problems in the world to some of the richest, most powerful sports-team owners in all of the planet.