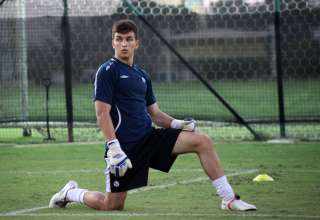 Because only one of the players on the Canadian U-17 roster is currently playing with a club contract in hand, it’s not quite accurate to use the term “professional performance” to describe the team’s 2-0 win over Trinidad and Tobago in their CONCACAF Championship opener.

But, while it wouldn’t be accurate, it would be at least be somewhat fitting. Canada got the goals it needed in Panama and the back line didn’t allow too much to trouble keeper Marco Carducci. And, at no time did you feel that Canada had to shift into third or fourth gear, that this team should have plenty in the tank for its second group-stage match against Costa Rica.

In other words, a professional performance.

Canada dominated the match through the first half, but had to wait until just before halftime before the deadlock was broken. Marco Bustos made like he was going to take the free kick from right outside the Trinidad and Tobago penalty area, but instead turned and touched the ball to Marco Dominguez-Ramirez, who smashed a shot into the roof of the net.

In the second half, Jordan Hamilton, the TFC Academy prospect, stuck with a chance and was rewarded for his perseverance. Hamilton came in off the right channel, but T&T keeper Johan Welch dashed off the line and was able to take away the angle and block the first shot. But the rebound came back to Hamilton, who slotted home the second chance.

Canadian fans are used to seeing a national team open a tournament with a big win over an underdog and then follow it up with rough performances. So, even though Hamilton could have had three or four goals on Saturday night, the glass half-full person will say that maybe it’s a good thing that Canada didn’t waste all its goals in the first game, and saved some for later.