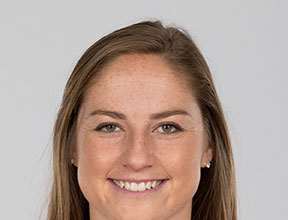 There was a time when playing in high winds would create trouble for the Canadian national women’s team. The conditions would make it difficult to play route-one soccer.

But, on a windy Monday in Portugal, Canada got a 1-0 win over Iceland — and thanks to results elsewhere, it was good enough to claim top spot in the group and and a date in the tournament final against Brazil.

Janine Beckie got the goal for Canada, after some good build-up play from teammates Christine Sinclair and Sophie Schmidt.

“It was totally Sinc and Sophie,” said Beckie. “I was just lucky to get on the end of it. It was a great combination on top of the box, those two just doing what they do, and making it loo easy. And then, Sinc playing the perfect ball for me, it was an easy finish because of the set-up.”

“We came up against an Icelandic team that play a very direct style,” said Canada women’s national team coach John Herdman. “Against their 30 kilometre-per-hour wid in the first half, we said to the girls that it was about not coming down to that level and trying to live in their half. And I think they did, and they got a wonderful goal, one of the best goals that I’ve seen Canada score.”

There is only one real way to combat the wind, and that’s to abandon speculative long balls and crosses. Keep the ball on the ground and build, build, build.

“We took advantage of playing on the ground and playing our game against a team that really doesn’t want to play with us,” said Beckie. “We really dominated the game and that made it easy for forwards to have opportunities.”

Yet, despite all of the opportunities, despite looking to knock the ball around, Canada has scored just twice in the first three games of this tournament. Yes: Sinclair, Canada’s all-time leading scorer, is nursing a bad back. But, Canada will still need to create more goals — not just chances — if it is to get back to medal contention at the Rio Olympics.