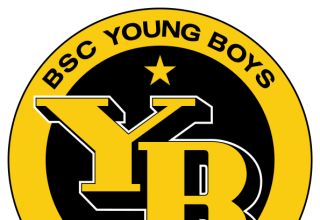 >With one line in its matchday preview, BSC Young Boys has come clean about why Canadian midfielder Josh Simpson hasn’t played a game for the club since joining the club in mid-January.

In advance of this weekend’s Swiss league match against Sion, Simpson was listed as “questionable.” The reason? In German, the club listed Simpson on the match report as being questionable due to “Spielberechtigung.” Translated from German. “Eligibility.” (See it HERE) Not an injury. Not a flu. It’s an eligibility issue that’s keeping Simpson off the field. And for Canadian soccer fans, it’s a scary proposition.

Canada has a friendly against Armenia on February 29. Can coach Stephen Hart select a player who hasn’t played competitive games? And how long will this saga drag on? We know that Simpson is healthy because he played the full 90 and scored in an internal club friendly. But, since he signed with BSC Young Boys, Simpson hasn’t been in uniform for three friendly matches, and was absent for last weekend’s win over Servette in Swiss League action.

Simpson left Turkish side Manisaspor in January. His agent claimed that the Simpson camp had begun a FIFA action against the Turkish team in August over unpaid wages. Through the final stages of 2011, Simpson played for his Turkish side, scored for his Turkish side, and was one of Canada’s best performers during the men’s national team’s first round of World Cup qualifying. When things came to a head in January, Simpson left the club over the issue of alleged unpaid wages.

But Manisaspor was furious, and the club made a public statement that it would pursue legal avenues in its dispute with the B.C. native, which would include taking the matter to FIFA. Simpson’s agent, meanwhile, said he and his client had FIFA’s support to break the contract with Manisaspor.

So, after signing with BSC, Simpson can’t play, yet. Obviously, a team in the Swiss league isn’t going to take any chances after two clubs — Sion and Neuchatel Xamax — faced heavy penalties for off-field problems.

A transfer requires more than simply a new contract; there is other paperwork that has to be processed. An International Transfer Certificate must be shifted to the new association. But the fact is, as of Friday, Simpson is no further ahead than he was in mid-January — ineligible to play. The 11 has repeatedly attempted to contact BSC’s front office, but hasn’t received a reply.