May 16, 2022
9 New Articles
Home MLS More MLS Bekker’s rise at the combine has been nothing short of meteoric 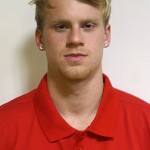 It’s hard to imagine any MLS SuperDraft prospect who has done more to help himself than Canadian midfielder Kyle Bekker. MLS sent out notice to the media on Monday that Bekker will be one of four of the draft-eligible players who will be at the Indianapolis Motor Speedway on Wednesday for a major photo op ahead of Thursday’s SuperDraft.

(Of course, the MLS photo op for the draft will happen on the same day that Indianapolis is expected be confirmed as the newest NASL expansion franchise.)

This photo-op is a showcase event for MLS, and the other three attendees are prospects who have been predicted by the pundits to be early first-round picks: Andrew Farrell, Carlos Alvarez and Eriq Zavaleta.

But Bekker, who signed a deal with MLS before the SuperDraft, wasn’t supposed to be a top-five guy. Maybe the Oakville, Ont. native still isn’t. But the fact that MLS is making him one of the faces of the festivities in Indianapolis is a sign just how much the Canadian U-23 player and Boston College prospect has forced his way into the conversation.

So with three of the first five picks in the draft belonging to Canadian clubs, is it too much a stretch to believe that Bekker could go that high in the first round? Remember that MLS is now putting him on a PR pedestal — which is a sign that the league believes he has real value. The reports from the weekend’s combine in Florida indicated that Bekker was dominant. And both he and fellow Canadian Emery Welshman scored during Sunday action. (TUESDAY UPDATE: Bekker scored again, on a free kick, on the last day of combine play)

But Bekker has gone from a player a few people were talking about to someone the MLS is abuzz over. And if a Canadian team was hoping to wait till later in the draft to snatch him up, some general managers may need to rethink their strategies.