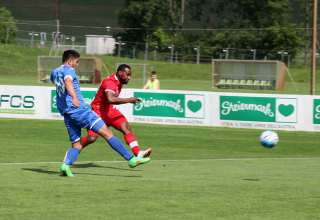 We have all seen some fantastic own goals, but Akramjon Komilov’s effort deserves some applause.

The Uzbek defender launched a thundering header into his own net to give the Canadian men’s national team a 2-1 win Tuesday in a friendly in Austria. Late in the second half, Canadian winger Junior Hoilett took a pass from midfielder Samuel Piette and steamed down the left sideline, then delivered a cross that overshot the target man.

But. Komilov, not sensing there wasn’t a Canadian near him, decided to lunge at the ball in a very risky attempt to clear the cross. The result was a powerful header that found the corner of the goal. It was majestic. It was beautiful. And you can’t watch it enough times to actually solve the question of “what was he thinking?”

Hoilett, though he didn’t get a goal himself, had a major influence on Canada’s opener. He drew the foul that led to Scott Arfield’s free kick. Arfield’s effort floated into the box, where David Edgar cleanly finished the chance with his head. Best part? On the stream, you can clearly hear a member of the Canadian contingent cry out “goal” before Edgar actually finishes the chance. That person knew from Edgar’s position that he was going to win the ball — and finish it off.

Eldor Shomurodov tied the game after a sequence of troubling defending by the Canadians, who allowed the Uzbeks to win the first and second ball before the chance went into the goal. Dejan Jakovic and Steven Vitoria — Canada’s two centre backs at that time in the game — needed to do better to clear the danger.

Vitoria had come on in early in the first half for Manjrekar James, who left with injury.