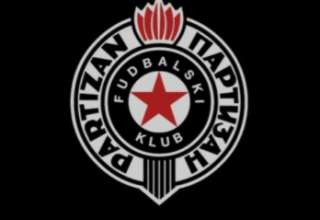 In a day designed for new Toronto FC head coach and technical director Aron Winter to look at fresh faces, a couple of veterans were the talking point of Tuesday’s 1-1 draw with Serbian powerhouse Partizan Belgrade in Turkey.

Partizan fans, eager to see the team’s new striker pairing of Prince Tagoe and Dominic Aidiyah — both nabbed in the transfer window, and both played for the first 45 minutes —had to settle for a penalty goal from Nemanja Tomic.

Winter, as expected, used a 4-3-3 formation, with many of the vets starting in the first half, with trialists, rookies and back-up keeper Milos Kocic in for the second half.

There was no video feed for the game, but fans were following on Twitter. Toronto FC’s website crashed for a portion of the game.

According to a translation of Partizan’s website’s pregame chatter: “Today’s friendly kick-off is reserved for 17.00h local time at the pitch our boys train on a daily basis. Coaching staff predicts a firm and paceful encounter as Canadian side will be changing its line-up on every 30 minutes.

“Toronto is a football club founded in 2006, coming from the Canadian metropolis of the same name. They play MLS and last season they finished 11th, while they won the title in Canadian championship. Currently, this side is coached by legendary Aron Winter and the team’s top star is (Julian) De Guzman.

Isn’t it great that in basketball- and soccer-mad Serbia, that the Maple Leafs are just that “NHL Toronto team?”

Partizan was using the Toronto friendly as a place to put to new arrivals through their paces — both of them Ghanaian strikers. Tagoe, who just came over from Hoffenheim on loan, and striker Aidiyah, who was on loan at Reggina, but on AC Milan’s books. He arrived at the transfer deadline from Italy in search of more playing time. The pair are expected to be Partizan’s new strike force.

“We had a list of maybe three priorities and I’m glad Prince Tagoe arrived and I hope Adiyiah will break through,” Partizan coach Alex Stanojevic was quoted on the team’s website before the TFC friendly. “I didn’t watch him in particular, he was signed on recommendation.”