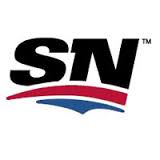 Sometimes, what isn’t said in a press release is more important than what is said.

On Friday, when the Canadian Soccer Association announced the schedule for the 2016 Amway Canadian Championship, there was no mention of network television coverage. What the release does state is this: “Fans are encouraged to follow @CanadaSoccerEN on Twitter using #canChamp for tournament updates, but also to connect with the five Canadian professional clubs involved for live match coverage (@OttawaFuryFC, @FCEdmontonNow, @impactmontreal, @torontofc,@WhitecapsFC). Match highlights and reports will be available on canadasoccer.com/championship as well as on CanadaSoccerTV.”

Last year, the CSA and Sportsnet agreed to put an early end to their contract on Canadian men’s and national team games. As well, the Amway Canadian Championship has been plagued by poor ratings and the fact that it gets buried because many of the games go up against the Stanley Cup playoffs. This year, while the tournament has been pushed back a little, the play-in games between Ottawa and FC Edmonton will be held in May. So, once again, the tournament won’t shake itself from hockey’s media-dominating grasp.

Sportsnet didn’t show the preliminary round games in the past; those games were streamed through Canada Soccer.