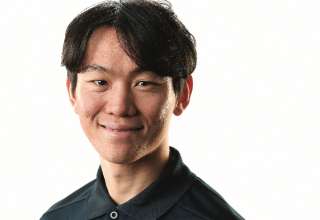 The year was 2002. Son Yongchan was 10 years old. He was learning to excel in competitive sport.

“I’m still better than my friends with a bow and arrow,” he laughs.

He’s even better with his feet. Yongchan was unveiled Thursday as FC Edmonton’s first international signing in its Canadian Premier League history.

The Korean midfielder will bring a veteran presence to the Eddies. No word yet on whether he’ll put on a green tunic and also go after people who have failed his city.

What put him on the path to pro soccer? The 2002 World Cup, co-hosted by South Korea. The nation’s Red Devils went to the semifinals, and a nation celebrated. Yongchan was swept up by it all — and realized that he wanted to kick a ball, too.

“I’m a World Cup kid,” he says. “In Korea, everyone became a team. Outside, people made noise and no one complained. Everybody was together, even when people were out on the street and the cars could not move.”

After playing professionally in the Philippines, Singapore and India, Yongchan attended the “Got Game” trials in Toronto, and was clearly one of the top prospects at the talent search. He waited things out in Toronto after the trial.

“When people found out I flew from Korea, just for a trial, they said ‘you can’t be serious,” says Yongchan. “But, about a year ago, I started following the Canadian Premier League. I had heard the rumours about a new league, first in Singapore, then in India. But I could see the potential in Canada.”

He knew he could take one of two approaches. He could do the usual thing, and send résumés and videos to various CanPL teams. Or, he could show up in person at the trials.

“A trial is really the only way to show what you can do,” he says.

As well, if he waited, the Canadian teams would fill up their rosters, and he’d be left fighting for one of the few remaining spots teams would have left in the spring. Or, he could go out to Canada before any players were signed, knowing he’d have a better chance of sticking when coaches had blank slates when it came to their rosters.

In his Asian pro career, he’s had German, British and Spanish coaches, and he says he’s comfortable playing a variety of styles.

“There really is no right answer when it comes to a soccer style. For years people have been trying to copy the Spanish style, but it didn’t work so well for them at the World Cup. There are good things in every style. You take the best from all of them.”

Yonghchan also had the chance to sign in Hong Kong, but after talking to FCE coach Jeff Paulus, he decided to keep his Canadian odyssey going,