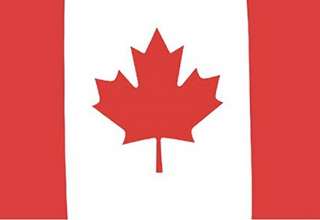 That’s the combined win-loss-tie (we live in North America, so we’ll put the draws behind the wins in the standings) record of the four major Canadian professional sides this season.

Out of 45 games, our NASL and MLS teams have just won 10 of them. And five of them come from FC Edmonton, the new kid on the Division-2 block.

Cumulatively, the Canadian clubs have averaged less than one win every four games.

Toronto, with nine BMO dates already in the books, has already played more than half its home schedule. So, unless the Reds somehow change their abysmal away form of the last four-plus seasons, the team is already out of the playoff picture. In June.

But it gets worse. Remember that both of the Montreal’s wins came against FC Edmonton; the Whitecaps’ lone MLS win came against Toronto FC. So, neither the Caps’ nor Impact has beaten a non-Canadian-based side this season.

When it comes to games against U.S.-based clubs, the Canadian teams have just seven wins all season long — and five of those come from FC Edmonton.

If it wasn’t for the NASL expansion side in the Alberta capital, the numbers would be even more ridiculous.

But, FC Edmonton didn’t do well when it has been on bigger stages. It was trounced by Toronto FC in the Nutrilite Canadian Championship and, this past Saturday, on a game broadcast across the country by Radio-Canada, FCE was lucky to only lose 2-0 to the Impact at Stade Saputo.

Still, it looks like FC Edmonton offers Canadian fans the best hope of any kind of success later in the season, at least when it comes to domestic play.

The Whitecaps have already replaced their coach. Yes, you can argue that this is the Whitecaps’ first season in MLS and growing pains are to be expected, but the firing of Teitur Thordarson so early in the year shows that the Whitecaps’ brass expected better. And, well, the Whitecaps’ Cascadia rivals entered MLS the same way they did — from Div. 2. The Seattle Sounders have yet to miss the playoff and have two U.S. Open Cups to their name.

With Portland and Seattle in your neck of the woods, you have different goals as an expansion club.

But, as the season goes on — and if the form doesn’t improve — we will see Canadian club soccer once again fail to make much of an impression on evening sportscasts or in the news outside of the local soccer beats.

And, it makes it tough to write headlines. Same words over and over.