American Airlines has suggested that Toronto FC will be hosting a major international friendly this summer as part of the World Football Challenge.

The challenge, which includes visits to North America by the likes of Real Madrid, Juventus and Manchester City, is sponsored by the airline, and its new ad (see end of article after the break) features a Toronto FC logo, indicating it as one of the participating clubs. The team has yet to officially announce a friendly for this season.

The Whitecaps will host Manchester City July 18. So, either this is a mistake on the advertisement, or American Airlines is letting the cat out of the bag for Toronto FC. And, this ad was circulated to all subscribers of the MLS e-mail list on Monday morning, so it’s not like this was done without the league having a look-see at it first.

TFC has no MLS games scheduled between July 10-19, which is the window for the World Football Challenge. 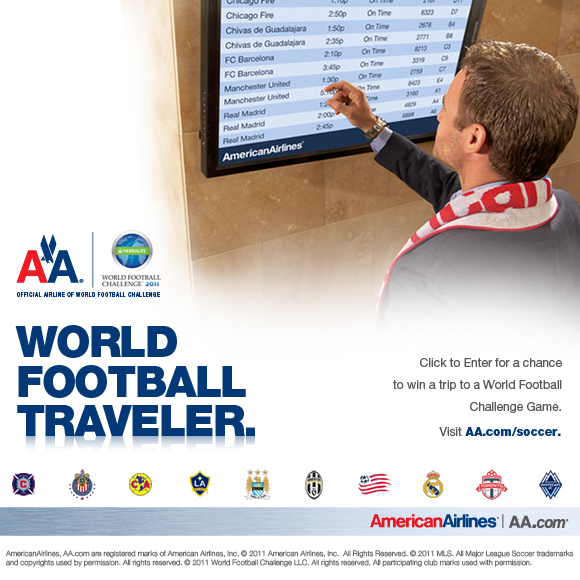