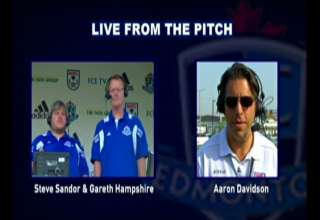 Traffic had stakes in previous iterations of what is now Minnesota United, Atlanta Silverbacks and the Fort Lauderdale Strikers. It still has an interest in the Carolina RailHawks. And Traffic had been the marketing arm of the league.

On Wednesday, the NASL announced that it had suspended league chairperson Aaron Davidson (also a Traffic employee) and has ceased all relationships with the super-agency. Davidson has been charged in relation to a U.S.-Swiss operation that has resulted in the arrests of many key FIFA officials. Davidson is accused of helping facilitate bribes that were allegedly paid to CONCACAF President Jeffrey Webb, as a kickback for Traffic securing marketing rights to Gold Cup and CONCACAF Champions League matches.

Traffic, the company, pleaded guilty to wire fraud conspiracy on May 14. The U.S. Department of Justice unsealed that case on Wednesday.

In 2012, NASL Commissioner Bill Peterson had this to say about Traffic: “They are the agent for the league. What I can say is that we have a great partnership. They have a great will to succeed. And it is a company on the rise right now. For us, they are very strong.”

That tune has changed. On Wednesday, this release was issued byNASL:

“In light of the ongoing investigation announced by the U.S. Department of Justice on Wednesday, the North American Soccer League’s Board of Governors has suspended Chairperson Aaron Davidson, along with all business activities between the league and Traffic Sports, effective immediately. Commissioner Bill Peterson will serve as acting Chairperson.

“The Carolina RailHawks, the sole NASL club owned by Traffic Sports, will continue to operate in the ordinary course of business. The club’s management team will continue to manage the day-to-day operations.”