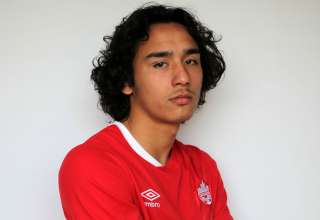 It’s often difficult to take anything out of tournament-opening matches. National teams are still getting used to their systems and their combinations, and there’s often a cautiousness about them.

So, it’s not worth getting too excited about Canada’s U-23 side’s 0-0 draw with Portugal at the Toulon Tournament, in which TFC’s Aidan Daniels had a great first-half scoring chance, but was denied by Portuguese keeper Luis Maximiano.

Portugal rested some of the players expected to play key roles for their team throughout this prestigious 12-team youth tournament. All of Portugal’s players are 19 or younger, while Canada has only four players on its roster that are 20 or over.

James Pantemis got the clean sheet for Canada.

As stated above, you can’t get too high about a decent result against a country whose senior program holds the European championship. But, at the same time, resting players or not, there are positives that the Canadians can take from their first game of the group stage, with matches upcoming against Japan and Turkey.

“We have a young team that have never played together and we asked them to commit to a mindset that includes team spirit and tactical excellence,” said John Herdman, coach of the national men’s program. “I think, for a first match, it was a good start.”