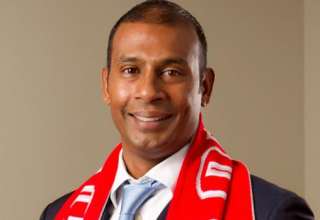 After a poor display in its first outing at the Walt Disney World Soccer Classic, Toronto FC coach Aron Winter adjusted not only the personnel, but the formation.

The result was a 3-1 win for TFC over Swedish side BK Hacken that was a little closer than it deserved to be.

American trialist Moises Orozco scored the deciding goal with five minutes left to go in regulation, while Joao Plata added a late insurance goal. And while those are the incidents that will grab the match-report headlines, the real interesting ploy was Winter’s decision to move Torsten Frings into a sweeper role. Rather than the Dutch 4-3-3, TFC played a 3-4-3, with Ty Harden and Miguel Aceval in the middle of the defence and fullbacks Richard Eckersley and Ashtone Morgan converted into out-and-out wingers.

After third-division Orlando City was able to run the ball right up the gut against the Reds on the weekend, Winter made the adjustments. Yes, there are those that will say that these preseason games aren’t important (“they’re just preseason games”). And that would be true if this was early February. But, TFC’s CONCACAF Champions League quarter-final first leg — in a sold-out Rogers Centre — goes in just over a week. So, the experiment was a needed one, to figure out a way to try and give the Reds more of a spine with just a couple of more exhibition games left.

And it worked. Frings got a lot of the ball, and was able to work the ball out of the back and still get involved in the attack. TFC led just 1-0 at the half, but it could have been more.

Ryan Johnson, back from duty with Jamaica, played as the left-sided forward, and looked to be in opening-day form. Throughout the first half, he battled with Hacken fullback Tibor Joza in what was the most interesting one-on-one battle anywhere on the field.

But Johnson got the best of Joza on more than one occasion. Late in the first half, he was able to find some dead space on the far post and slammed home the opening goal after TFC draft pick Luis Silva placed a dangerous bouncing cross into the box.

The warning signs were coming from Johnson; before the goal, he struck the bar after picking up a ball that had pinged around in the box after a 25-yard drive from Frings had cracked off the post.

And, Johnson delivered a deft cross to striker Danny Koevermans, who tried to one touch it on the short hop, but sent the ball right at Hacken keeper Damir Mehic.

TFC deserved to be up by more than one at the halftime interval, and would have had every right to feel like the fates were conspiring against the Reds when, early in the second half, substitute Aaron Maund was judged to have fouled Hacken’s Oscar Lewicki just inside the penalty area. Lewicki was trying to turn on the ball when Maund made the challenge, so the slightest touch was going to knock him over.

But TFC remained in control of the game, and got the just reward at the end.

Having Johnson in the game made a massive difference. But moving Frings back, to have someone stopping the attacks up the middle and then be able to turn the ball the other way, made a massive difference. It will be interesting to see if Winter keeps Frings in a recessed role when the Galaxy comes to Toronto next week, to stop the likes of Landon Donovan, Edson Buddle or Robbie Keane from having too much time and space.