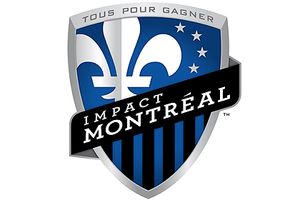 The soap opera that is the Montreal Impact’s final season in NASL has taken another bizarre turn.

On Sunday, a day after a large number of the Ultras —the Impact’s largest and most vocal supporters’ group — walked out of Stade Saputo at the outset of a 3-1 loss to the NSC Minnesota Stars, owner Joey Saputo wrote an open letter to the fans.

And, while it offered to build bridges, it definitely carried a scolding tone.

“To all Ultras, I appreciate that you demonstrated your displeasure, but we certainly would have preferred for you to display it in another manner,” wrote Saputo (the full letter is reprinted below).

It’s clear from the letter that Saputo was embarrassed about the events of Saturday night; after all, the eyes of MLS were on Montreal, as the team unveiled its new logo for 2012 at halftime of the Minnesota match. What should have been a moment of “hey MLS, look at us, aren’t we grand?” turned into a chance for the fans to show just how displeased they are about how poorly the Impact have been this season — and to continue stirring the pot after acting coach and sporting director Nick De Santis called them out on local radio earlier in the week.

Up until this weekend, most MLS fans outside of Canada likely weren’t aware that the Impact stood in second-last in the NASL table — its only three wins coming against FC Edmonton and a Puerto Rico team that started its reserves. They likely thought Montreal was another happy story of a Div. 2 side moving to MLS, just like Seattle, Vancouver and Portland. They likely weren’t aware that De Santis has become the supervillain in the eyes of the fans. They don’t know about the constant trials and short-term contracts as the Impact desperately try to avoid the NASL cellar.

But now they do. Add to that a delay in the Stade Saputo renovations, forcing the team into the communist-concrete-monolith homage that is Olympic Stadium for at least part of the season, and you have to wonder if the Impact are causing MLS commissioner Don Garber more cause for concern than the Timbers, Whitecaps and Sounders combined. Times two.

Saputo made it clear in the letter that he doesn’t approve of the targeting of De Santis among the fans.

“This organization accepts criticism but I will never agree with personal attacks taken against any individual,” he wrote

But it’s clear that Saputo is steamed that the Ultras shamed the club they support on the day that the MLS spotlight was on Montreal. And the letter comes off as very paternal in nature — as if the supporters were the kids who embarrassed their dad when he had invited Don Garber over for a dinner party.

Here is the full letter:

Dear Ultras,
Last night at Saputo Stadium, we wrote another page of our club history by unveiling the new logo of the Montreal Impact. It was a night full of emotions that was shadowed by comments that may have been misdirected. The past success of the club has been possible with the collective efforts by our season ticket holders, our supporters, our partners, as well as the players and the staff. Throughout the years Impact fans have supported us even at our lowest and darkest period.

Yes, we are living a tough time on the field, but as we attempt to cross this period, we need the support of all those who have helped us get to where we are today. Yes, we need our supporters.

This organization accepts criticism but I will never agree with personal attacks taken against any individual.

I understand that this final season in the 2nd division has not been to your expectation. Rest assured that it has not been acceptable for me either. However, we should not lose focus of what the future has in store for soccer and the city of Montreal.

To all Ultras, I appreciate that you demonstrated your displeasure, but we certainly would have preferred for you to display it in another manner.

I feel that the future is bright and it is at this time that we need you to shine bright and help guide our journey.

Our entry into MLS was an accumulation of hard work and dedication the supporters have shown towards soccer in Montreal. Let’s continue to work together to make this transition year an enjoyable one.

We have the potential to show the rest of North America why we deserve soccer at it highest form. Let’s build together, in harmony, the bridge to the future.