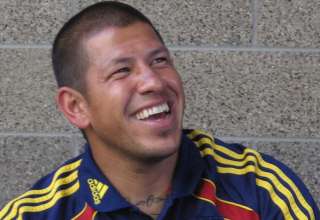 Rimando, who made several circus saves in RSL’s opening-weekend win over San Jose, then was solid in a 4-1 home win over the Los Angeles Galaxy, was named the MLS Player of the Month for March by the North American Soccer Reporters.

But, what’s interesting is that his main competition in the balloting came from teammate Javier Morales, who scored twice and dominated the midfield in the win over the Galaxy.

As well, RSL can move into the CONCACAF Champions League final if it can preserve its 2-0 lead going into this week’s second leg in Costa Rica. Rimando was key in the first leg, keeping Saprissa from scoring a vital away goal.

So, it was Rimando and Morales who got the votes. No other teams needed to apply. It speaks volumes about how, in the early stages of the season, how the soccer media in this region sees RSL as the dominant force.

By the way, The 11 picked RSL and Colorado to finish 1-2 in the West this season. Both haven’t lost or drawn yet. Sure, we are only three weeks in, but why not gloat?

How The 11 voted: Rimando. You can talk about Kevin Hartman’s great run with FC Dallas last season, or the steady Donovan Ricketts in the Los Angeles goal. But if you need to win a key game, which MLS goalie gets the call? If you didn’t say RImando, you’re making a homer pick for someone else.