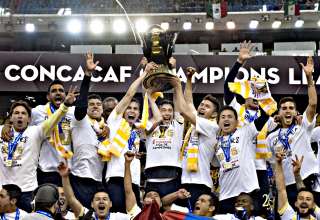 The new, revamped CONCACAF Champions League will feature 31 teams, but there is still no room for more than one Canadian team at the inn.

On Monday, the confederation unveiled the format for the revamped regional club championship. Sixteen teams — 12 from Central America (not including Belize) three from the Caribbean and a club from Belize —  will play a series of preliminary rounds.

The winner of that “Phase 1” competition joins 15 other teams — four each from Mexico and the United States, five Central American sides, one Caribbean side and the lone Canadian representative — in the final group of 16, or “Phase 2.”

The group-stage format is toast. In both rounds, teams will be eliminated, Cup-style, in home-and-away aggregate series.

Canada provides a real issue for CONCACAF; our recognized national championship is the Voyageurs Cup. How well a Canadian club does in USL, NASL or MLS has no bearing on Champions League qualification. In the eyes of the region, the Voyageurs Cup is a more important trophy for a Canadian team to win than MLS Cup.

And, because we have no recognized top-flight league of our own, our “championship” is currently comprised of just five teams; Montreal Impact, Toronto FC, Vanc 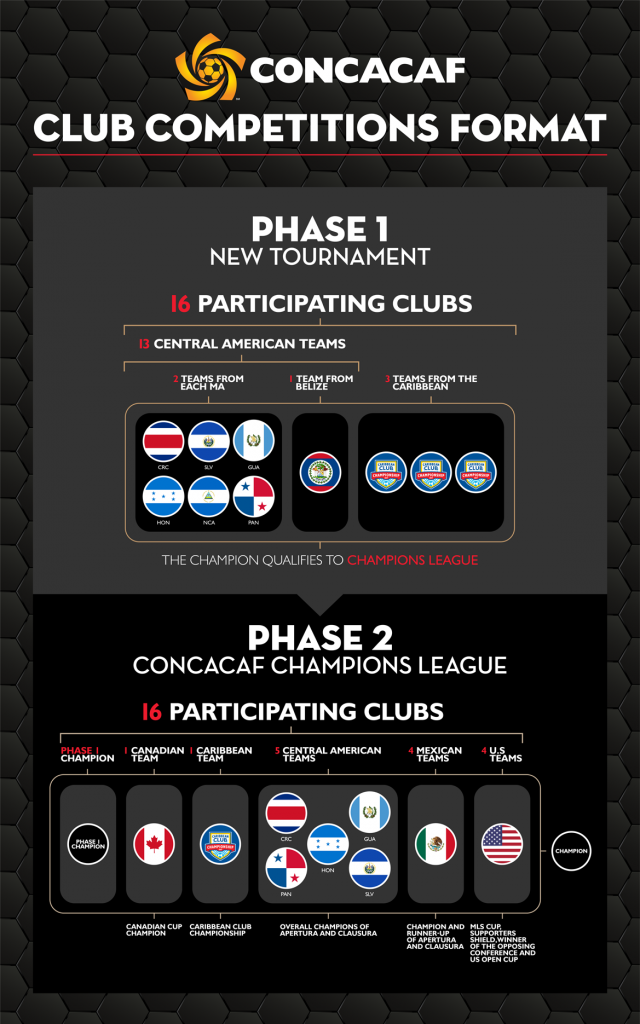 ouver Whitecaps, FC Edmonton and the Ottawa Fury. Based on the fact that just five teams play in our national competition, it’s hard to hand Canada more than one spot.

But, if you look at regional successes over the past several years, Canada has done exceptionally well. The Montreal Impact went to the CCL final in 2015; Toronto FC went to the semifinals in 2012. Based on performance, Canada surely deserves another spot.

So, there are two sides to this argument.

Now, the hope is that when Canada has its own league — and the Canadian Premier League hopes to launch in 2018 — then the conversation changes. Instead of squabbling on how we compete for a single spot, we need to have a conversation with CONCACAF about affording Canada at least a second position in the regional competition.

Ideally, winner of Canadian Premier League and winner of Voyageurs Cup each get spots. it would be counterintuitive if we worked so hard to create our own league and didn’t dangle the carrot of CONCACAF qualification for the winner. And, as the Canadian Soccer Association’s mantra has been that it would not step on the toes of the pro clubs that pre-date CanPL, they would still have their chance to qualify via the Cup.