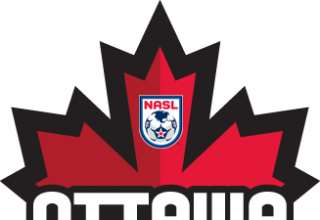 The Ottawa Sports and Entertainment Group has confirmed that it received 4,107 entries into its name-the-teams contest.

From Dec. 6-16, fans were invited to submit their suggested team names for the Ottawa NASL expansion franchise, which is set to kick off in 2014, and the capital’s new CFL team. The only caveat? Neither the soccer or football teams could carry the names of two long-gone Ottawa CFL teams: Rough Riders and Renegades.

Because of copyright and legal issues, OSEG cannot reveal the most popular names chosen for either the NASL or CFL franchises. More news is expected in January — but the only thing about the contest that the new NASL owners could confirm at this time was the number of entries received.

Ottawa is a badly needed good-news story for the NASL. Ottawa and the Virginia suburbs of Washington, D.C. are both confirmed to be joining the league in 2014, and should boost the number of teams to 11. But, this year, because of the new split-season format, the NASL will begin with just seven teams, one less than last year. The expansion New York Cosmos and the re-entry of the Puerto Rico Islanders is expected to bring membership to nine teams for the fall session of 2013.

The Cosmos’s need for extra time to get its expansion plans in place and the Islanders’ need to take the spring off so the franchise can reorganize have led to many posts on NASL fan message boards (and many emails to this website) speculating if the league’s move to a split season was done in anticipation of issues with the two teams.

A push for an Indianapolis franchise, which is boosted by the participation of former Chicago Fire president Peter Wilt, has also impressed the league’s headquarters. But a new Indy franchise has yet to be approved by the league. But, in his stop in Edmonton earlier this month, NASL Commissioner Bill Peterson said he’s been impressed by the level of fan and government support for a franchise in Indiana.