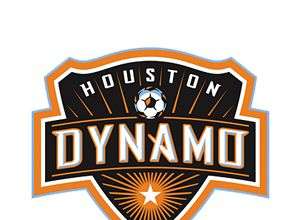 The Houston Dynamo will spend the next season in the East.

MLS announced that, to keep the conferences balanced at nine teams apiece and, with two Pacific Coast teams, Vancouver and Portland, joining in 2011, the Dynamo will be the team on the move.

In terms of scheduling, it means little. MLS will have a balanced schedule, with each team playing every other club in the league once at home, once on the road. So, the Texas rivalry between FC Dallas and the Dynamo won’t be disturbed. If you leave the Texas teams together, then you’d have to move Colorado. Geographically, that makes no sense.

“This change is something we are comfortable with,” Dynamo president Chris Canetti said in a release. “As the league grows, these changes are sometimes necessary, and we accept that. With a balanced schedule, we don’t believe this will have a significant impact on our season.”

Realignment was coming. We knew that as soon as the league announced before the kickoff of the 2010 MLS Cup that it was committed to preserving the conference system and the playoff model. Commissioner Don Garber admitted that one of the Texas teams would likely have to move East for one season, before Montreal came in for the 2012 campaign and allow the Lone-Star State club to move back to the West.

Houston is further south than Dallas, but in terms of east-west alignment, they are almost directly on top of each other. When it comes to geography, it’s a coin-toss. When it comes to brining competitive balance between the East and West, though, it’s a no-brainer.

What bringing the Dynamo to the East instead of FC Dallas will bring is a greater free-for-all feel to the conference. Last year, the league realized it had a disaster on its hands when San Jose and Colorado both crossed over into the East and then played for the Conference title. The optics were poor.

Houston, a team in a serious rebuild phase, will likely be in the fight for one of the final playoff spots with a bunch of other mediocre-to-bad Eastern teams. It’s chances of winning the East, or even making it to the conference final, are slim.

Had FC Dallas, one of the league’s elite teams, come into the East, there’s a good chance that David Ferreira and co. would go out an win the conference. Once again, MLS Cup would see two “western” teams playing each other for the Cup, as has been the case the previous two seasons.

Putting Houston into the East helps ensure a team from the central or eastern time zones will be in MLS Cup in 2011.