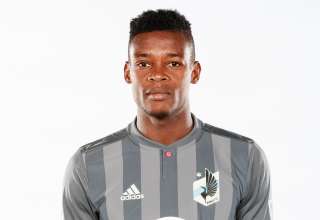 According to his bio on the MLS website, “(Bertrand) Owundi is a strong and powerful centre back with great athleticism who reads the game incredibly well. As a player with Cameroonian national team experience under his belt, Minnesota feels he has a lot of potential and can develop into a high-level defender in MLS.”

It didn’t quite work out that way. Owundi, who played in Cameroonian green at the 2018 African Cup of Nations, was dispatched by Minnesota United to the Charlotte Independence of the USL. At the conclusion of the 2018 season, his contract option was declined.

He’s going to get a new opportunity, though, and it will come in the Canadian Premier League. On Thursday, Forge FC announced that Owundi is the first international signing in team history.

“Bertrand is a very good addition to our ongoing roster build. He brings a solid mentality to our defensive core and valuable experience on the international stage,” said Forge FC head coach Bobby Smyrniotis in a release.

Owundi didn’t get into an MLS game with Minnesota, but did play in a friendly against Deportivo Saprissa. But, with international experience, Owundi will likely get the chance with Forge FC to make up for the professional minutes he didn’t get in 2018.