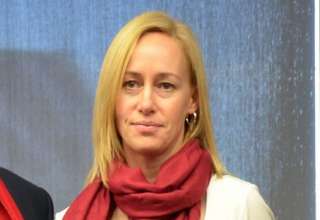 When the Canadian Soccer Association announced the Organising Committee for the upcoming 2015 Women’s World Cup, there was only one woman on the list.

And, in Janine Helland, not only are the women’s national teams of years past recognized, but also the Edmonton Aviators.

Helland was the captain of the women’s national team at the 1999 Women’s World Cup. And, after her playing days were done, she took the helm of the Edmonton Aviators’ W-League program in 2004.

Nearly a decade after the Aviators burst onto the scene and promptly imploded, even Edmonton sports fans have a hard time remembering the team. An ownership group launched a men’s A-League team and a W-League franchise, expecting to draw crowds of 10,000 to Commonwealth Stadium. When crowds materialized only a 10th that size, the ownership pulled the plug. The women were able to get their shorter season completed, but the men’s team was only continued because the league stepped in and funded the team to the end of the season, renaming it Edmonton FC.

(And the major reason FC Edmonton fans get ticked off when the team is incorrectly referred to as Edmonton FC.)

But while some of the men from the team are remembered — from midfielder Sean Fraser, who went on to play in Asia, to Chris Lemire, who played for the national beach soccer program and then appeared for FCE in 2011 — the women’s team is much harder to recall.

Edmonton fans might not remember that Stephanie Labbe — who has numerous national-team caps — was an Aviator. Other names like Aysha Jamani, Sandy Ash, Yvonne Northover and Carey Gustafson might be even more difficult to recall.

But I recall spending more than a few evenings watching the Aviators women train; a lot of the sessions came on the east end of the city, on community fields in the shadow of Refinery Row.

And, unlike the men’s team, which struggled to score, the women’s Aviators found the net regularly, even if it did finish middle of the pack in the Western Division.

“I think the thing we have developed the most is the attacking play,” Helland said as the Aviators women wrapped up their lone W-League campaign. “We are now attacking more as a unit. We had some really good individual efforts in the first games of the season. But, little by little, we are now attacking as a team, using more of the field and increasing our number of scoring opportunities per game.”

Helland was one of the greatest players to come from Edmonton, women or men. She’s a University of Alberta all-time great. It would be nice to see more women on the WWC committee; one isn’t enough. But Helland will have a major voice in the organization of this major tournament. And if she brings the same passion to this that she brought to her Aviators players back in ’04, the committee will be well served.