January 22, 2022
9 New Articles
Home Global Game Rest of the World FIFA’s letter to The 11 on the Alberta debate 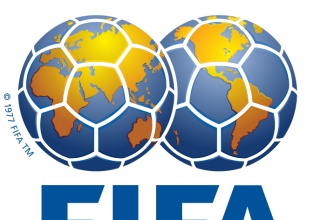 The Alberta Soccer Association won’t discuss taking a section out of its bylaws that prevents its members from going to court to settle their disputes.

But, the Alberta Court of Appeal’s March ruling ensures that the bylaw isn’t even worth the paper on which it’s printed. The judges have ruled — and have emphatically stated that neither the Alberta Soccer Association and Canadian Soccer Association can block citizens from the courts. To do so would be an obstruction of justice.

FIFA, in response to a query by The 11, has stated its policies on government interference into soccer. The letter is published, unedited, in full.

“One of FIFA’s duties is to ensure the independence of its Member Associations from external interference and to ensure that the football family in each country has the best possible conditions, and stability to develop football. FIFA regularly visits its member associations and maintains frequent contact, not least through its global network of Development Officers.

“FIFA considers the relationship between national football associations and public authorities as a partnership which is mutually beneficial. FIFA saw this clearly for example in the excellent cooperation in the build-up to, and during the 2010 FIFA World Cup in South Africa, as multiple parties worked hand in hand in the provision of the infrastructure, which was key to the competition’s success.

“FIFA always encourages its member associations to restore the relationship with government when problems arise and seek to maintain good bi-lateral cooperation on their own. FIFA will only get involved once there has been a direct intervention, and in this case will also try to solve the matter together with the respective association and government. Only if there is no chance of resolution and the government persists with their direct interference, the case will then go to the FIFA Executive Committee or the Emergency Committee, with the ultimate sanction being the suspension — or even the expulsion — of the association.

“With regards to the management of a national association, its independence and autonomy are not only principles implemented by the world governing body of football, but are shared by the entire sporting movement, in particular by the International Olympic Committee (IOC).

“As stipulated in its statutes, FIFA has to ensure that the independence of the football association in any country is guaranteed. This is because national associations are member associations of FIFA, which is an independent organisation.

“To conclude, what FIFA, but also the whole sporting movement considers crucial is to defend the autonomy of sport and the independence of sporting bodies. The use and abuse of football for political purposes, in any shape or form is a practice which FIFA would actively seek to sanction, should evidence be provided that is in conflict with the FIFA Statutes, namely article 13.

“Should a member association be suspended, as detailed in Article 14.3 of the FIFA Statutes, they would lose their membership rights. A full explanation of what those rights are can be found in Article 12.

“We hope you will find this generic information of assistance to understand the process, and it is important to reference that such extreme measures, as we have highlighted by underlining the relevant text, are only taken in the event that no resolution to a particular issue can be found.

“A link to the FIFA Statutes can also be found here: http://www.fifa.com/mm/document.”

The ASA has backed down on the debate in order to be a good servant and ensure that FIFA doesn’t have cause to suspend Canada for allowing political interference in soccer. At least that’s FIFA’s interpretation. To most Canadians, it would mean the settlement off a very ugly leadership battle in a provincial association.

The appeal case was brought forward by supporters of former president Chris Billings, who was ousted in 2010, after they were threatened with discipline by the Canadian Soccer Association if they continued to pursue a court case to have him reinstated.

But, the appeal court ruling sets a legal precedent.