When FC Edmonton moves its training camp from Arizona to Vancouver this weekend, the NASL team wants to send the Vancouver Whitecaps and their fans a message.

On Saturday, the Eddies will face the Metro Soccer League All-Stars, and are also expected to get a tour of B.C. Place, where, on May 9, they will face the Whitecaps in the second leg of their Amway Canadian Championship semifinal.

But, while the team plays, FCE’s staff is planning to place flyers and posters around Vancouver’s downtown core, promoting FC Edmonton and taking some jabs at the Whitecaps. The club is asking its fans for ideas on what messages can be sent to the Whitecaps — who will be in Los Angeles to face Chivas USA when the Eddies are in Vancouver.

“We want to start a great rivalry with Vancouver,” said Kelsie Myroniuk, FCE’s social media and sponsorships coordinator. “These flyers are supposed to be funny. It’s in the spirit of fun.” 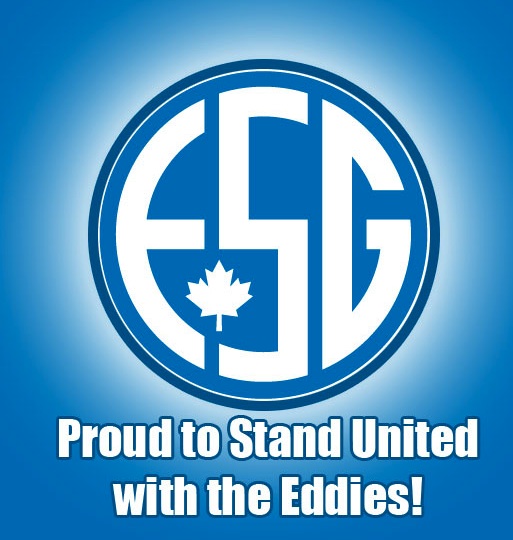 Members of the Edmonton Supporters Group have been coming up with slogans on their message boards. Some of the best:

For the Iron Maiden fan (and who isn’t?): “Run to the hills, here come the Eddies”
“Franchises are for McDonald’s”
“Vancouver Whitecaps: Diving like Canucks since 2011”
“FCE: Making the playoffs since Day 1”
“Warning: Canadian content”
“FC Edmonton: Canada’s team”

When the team gets a chance to look at B.C. Place, there are hopes to leave a scarf behind as a calling card for the Whitecaps.

With FC Edmonton having so many ex-Whitecaps, including Kyle Porter, Alex Semenets, Antonio Rago and Paul Hamilton, and the Whitecaps boasting so many ex-members of the hated Carolina RailHawks, there is already more fuel to this rivalry than more fans might notice on first glance.

FCE fans with ideas for slogans are invited to drop Myroniuk a line, at kmyroniuk@fcedmonton.com.