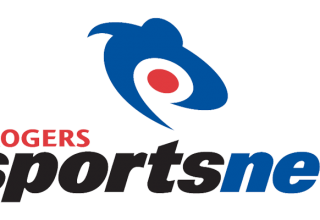 The needs of television have outweighed the needs of Canada’s fledgling professional team.

The Canadian Soccer Association and Rogers Sportsnet unveiled the broadcast schedule for the Nutrilite Canadian Championship, and the news wasn’t good for Edmonton soccer fans.

April 27’s game at Commonwealth Stadium between Toronto FC and FC Edmonton will kick off at 6 p.m. local time to accommodate television, which could cripple the ticket-sales campaign of the new club. Commonwealth Stadium, while on the LRT line, isn’t located downtown. Soccer, because the game takes less than two hours to play, is not a game worth going to if you are going to be a half-hour late. Having the game kick off when some people are still trying to get home from work will badly hurt FC Edmonton’s attempt to get a crowd of at least 30,000 to the game.

The mood of FCE’s front office, though, was surprisingly upbeat.

“A six o’clock start is very early,” said owner and acting general manager Tom Fath. “But we are the new kids on the block. We are going to go with the flow. We are just happy to be playing in this tournament.”

The club is offering two tickets to the TFC match for every season ticket sold.

Once again, a boardroom in Toronto has decided to impose its will on a market two time zones away, without any acknowledgement of the challenges that come with playing a game so early. Does Rogers and the Canadian Soccer Association want soccer to thrive in Edmonton? Then why punish the first ever home game that counts for something?

The April 27 date acts as FC Edmonton’s de facto home opener. The club has its NASL home curtain-raiser May 1 against Montreal. FCE is planning a celebration of Canadian soccer during that week to build some buzz around the club. But no matter the hoopla, no casual fan is going to look at the 6 p.m. start time and be excited.

Even more puzzling is the decision to run the FC Edmonton-TFC game at the same time as the Montreal-Vancouver match, splitting the telecasts over four Sportsnet stations. There is no conflict with the Blue Jays that day — as the baseball game is already set for Sportsnet One. Why not go the doubleheader route, as had been rumoured? Why punish the western market?

Ironically, in the second leg, when Toronto and Vancouver are at home, the games don’t kick off at the same time. TFC kicks off at 8 p.m. local time. The Whitecaps and Impact play three hours later.

So, a doubleheader can be created to accommodate the needs of Vancouver, but not Edmonton? Especially when fans not only in Alberta, but across the country, recognize the importance of this new franchise when it comes to developing talent in a part of the country that’s often overlooked?

If fans see a broadcast of an NCC game that looks about as full as one of the old matches from the 2004 Aviators season, there won’t be any excitement for the Montreal match on May 1. Or for Puerto Rico, or Atlanta, or the Fort Lauderdale Strikers.

The TV schedule places the knife directly into the back of a new pro franchise in this country. Hopefully, soccer fans in Edmonton can get out of work early to get to the stadium on time.