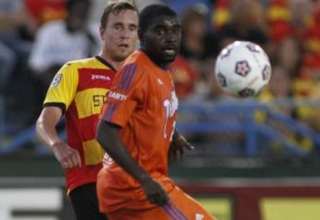 Fort Lauderdale’s Lockhart Stadium continues to be a house of horrors for FC Edmonton.

A second-half goal from Andy Herron consigned the Eddies to yet another ugly loss on the road to the Strikers. The 1-0 scoreline doesn’t do justice by how clearly the Strikers dominated the Eddies. If not for some acrobatic goalkeeping from Lance Parker, a couple of lucky goalposts, a crossbar and another chance cleared off the line, the Eddies could have racked up a dreadful 5-0 loss in South Florida like they did in the 2011 playoffs.

In fact, it’s like fate has taken its revenge on the Eddies. FC Edmonton won its first-ever NASL match at Lockhart Stadium; but, since that win, the Eddies’ performances in Fort Lauderdale have been some of the young franchise’s worst.

There was that 5-0 playoff drubbing. And, in the 2012 season opener, the Eddies lost in Fort Lauderdale despite being up a man for most of the match.

And, for Fort Lauderdale, the win came despite losing midfielder Polo Morales in the first half to a badly broken leg — a compound fracture. Morales was writhing in pain — with many of the players around him not able to look — after what looked to be a fairly innocent challenge from FCE’s Kenny Caceros, who was used as utility right back.

“It’s not good to see any player get hurt like that, no matter what team he’s on,” said Parker, who suffered a compound fracture of his arm last June in a match against the Carolina RailHawks. “I didn’t want to go over there and take a look, because I was afraid I would be sick. I could tell by the reaction from (FCE defender) Paul Hamilton that it was bad. And I knew it would have brought back memories of my own injury.”

The Eddies, due to injuries, only had regular defenders Paul Hamilton and Fabrice Lassonde starting in the back four, with midfielder Chris Kooy dropping to centre back, as he did last week when the Eddies overcame the Strikers at Clarke Stadium.

But, unlike last week, when the Eddies were inspired after they went down a man, the team was flat from the first kick of the game. In the 15th minute came the first warning shot, when Striker Walter Restrepo slammed a volley off the post after the Eddies couldn’t clear a corner kick out of danger.

And the Strikers kept coming. Former MLS striker Herron got behind the backline and went in alone, but Parker did well to stop the chance.

Herron then had another golden chance, as he rounded Parker and looked ready to shoot the ball into an open goal, but Kooy scrambled back and took the shot off the head. Kooy did well to make himself big and clear the ball off the line.

While Parker’s goal was under siege, Strikers goalkeeper Matt Glaeser had absolutely nothing to do. Meanwhile, Strikers midfielder Mark Anderson was dominant, spraying passes around the pitch

And, in the second half, Anderson began the move that led to the Strikers’ winning goal. He played a perfect pass down the right side for Walter Restrepo, who beat FCE left back Fabrice Lassonde down at the end of the pitch, and then delivered a perfect low cross for a sliding Herron to direct home. Parker was finally beaten.

“They did well to win the ball in midfield,” said Parker. “And it was a good cross, far enough away from me that I couldn’t come out to get it. Kenny was holding the line, but their guy did a good job getting inside, and I tried to make myself as big as possible, but he did a good job putting it in.”

And still the Strikers came, with Anderson smashing a shot off the bar later in the half.

But Parker, who said FCE was in tough because it faced a stiff breeze in the first half, did OK in his mind.

“Other than the goal, I thought we did a good job. We just got to get forward a little more, and do more to create chances on their goal.”

There is a bright side to the story: FC Edmonton does not have to return to Fort Lauderdale this regular season.