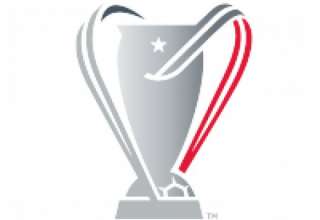 Weather forecasts can be trusted like political campaign promises and sports predictions. And, depending on which weather service you like to check, the forecasts can differ.

According to the Weather Network’s long-range forecast, the nighttime low for Sunday’s MLS Cup will hover just above the freezing mark, with a 90 per cent chance of light rain. Environment Canada predicts the low will get to 0 C, and also calls for precipitation. They are better than forecasts from the weekend, which called for snow. MLS itself stated that its forecasts are calling for temperatures above the freezing mark.

But, make no mistake, it’s gonna be cold. And cold rain can be a heck of a lot more uncomfortable than snow. So far, the forecasts aren’t pleasant.

And FC Dallas coach Schellas Hyndman admitted that the weather is an advantage for the Colorado Rapids, who played in freezing temperatures in Saturday’s Eastern Conference Final triumph over San Jose.

“I don’t really think you can prepare for anything like that [cold temperatures] unless you go two or three weeks early… with the weather, Colorado has a little bit of an advantage.”

But Hyndman added he doesn’t believe his team will be crippled by the cold; if the Hoops have worked for almost 10 months to get to MLS Cup, they aren’t going to “let weather interfere with positive thoughts.”

Luckily, the forecast is calling for only light winds on Sunday. That’s the killer at BMO Field, if the wind howls off the lake, turning goal kicks, crosses, free kicks and corners into adventures. The winds transformed an early-season game between Chicago and Toronto into a bit of a farce; TFC’s Nick LaBrocca scored when his cross was caught by the wind, turned left and sailed into the Fire goal.

Kevin Hartman, who put on one of the great goaltending efforts in league history — making a series of acrobatic, gravity-defying saves in Sunday’s Western Conference Final triumph over the Los Angeles Galaxy, needs to have another huge game for FCD to claim the championship. After all, the Colorado strike force of Conor Casey and Omar Cummings combined for 27 regular-season goals.

But the Rapids have more to offer than their thunder-and-lightning dynamic duo.

Hartman has a longstanding relationship with Toronto FC fans. As the starter for the Kansas City Wizards, he got the first-ever MLS win at BMO Field, when he shut out the Reds in their inaugural home game back in 2007. Since then, Reds supporters have had a special kind of hate on for the 14-year MLS veteran. One song you hear, to the tune of “Frere Jacques…”

Hartman said the heckling has inspired, not intimidated him.

“I enjoy it a bit, the ribs. It allows me the impetus to put and play at a high level.”