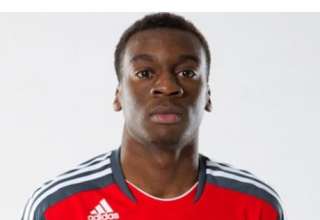 Ex-Toronto FC prospects Keith Makubuya, Tristan Jackman and Cristian Nunez are among the latest additions made to the roster for FC Edmonton’s free-agent combine.

The combine, which begins next Wednesday, gives the opportunity for out-of-contract Canadians — or players who have had ties to Canadian clubs — the chance to impress the FC Edmonton brass, including a new coach who will be named on Tuesday. The players will take to the field at the Commonwealth Stadium fitness centre.

Makubuya, who graduated from TFC Academy to the big club, didn’t get a chance to see MLS action. And, at the end of the season, he was one of four Canadians that the club decided it didn’t want to return for next season. Makubuya is confirmed to be taking a shot at an NASL roster spot with the Eddies.

As well, Nunez, who was with Toronto FC in its inaugural season but didn’t play a match, is also on the combine roster. Nunez went to the Montreal Impact organization after being set free by the Reds in 2007, and is now looking to play for his third separate Canadian pro team.

Jackman is a speedy forward who was part of the TFC Academy team in the Canadian Soccer League, but didn’t get the chance to move up to the big club. FC Edmonton has already snatched former TFC Academy defender Dino Gardner, so there are opportunities for more ex-Reds to get a shot in the Alberta capital.