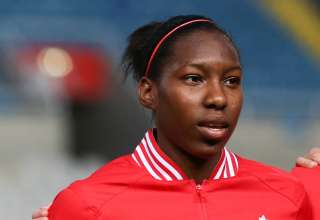 England got an injury-time header from Ellen White, giving the home side a 1-0 win over Canada in a friendly in Rotherham.

But, troubling for followers of the Canadian women’s program, is that this scoreline clearly flattered the visitors. It used to be that a match against the English was pretty well in the territory of “automatic win” for Canada. But the English beat the Canadians in the Cyprus Cup final and dominated Sunday’s friendly. That’s right — dominated. Sure, the English left it late, but the truth is that the English bossed the match by a wide margin. And, if not for the heroics of Canadian Erin McLeod and some help from the woodwork, the score would have (deservedly) been far more severe.

Now, before we smack a bunch of red warning buttons, some context: Canadian coach John Herdman is in the midst of teaching his team a new way to play, a passing game that, like fruit on the vine, needs time to mature. The maturation date for the Canadian new system is 2015 — when we host the Women’s World Cup.

And, the English side is an older, experienced team that’s played together for years. And, in a telephone conference held before the Canadian team left to play its friendlies in France and England, Herdman warned that the English side isn’t working in young players — and has yet to show it has a new generation of footballers who can pick up from the likes of veterans White and Rachel Yankey.

But this was clear: Canada tried so hard to pass the ball out of the back — which was quickly picked up on by the FATV Live broadcast crew — that the English players were all able to push up, take away space in the Canadian side of half, and repeatedly win the ball back. Because Canada stubbornly refused to hoof the ball — a testament to the team’s stick-to-the-task attitude towards adopting the passing game — the English didn’t have to worry about any balls being hammered deep.

And, striker Christine Sinclair was left woefully isolated, with nary a memorable touch.

Canada did have the first chance of the game, a break from Tiffany Cameron in the 21st minute that ended up in a disappointingly timid attempt on goal. And that was it. For the rest of the match, it was one-way traffic.

Canadian defender Kadeisha Buchanan made a sliding block of a ball from Yankey in the Canadian penalty area. In the second half, White came in from the left and slid the ball to an unmarked Williams, who turrned and had a wide-open look at goal. But McLeod charged off her line as the ball was played, and took away the angle.

McLeod was also called to make a save on a Steph Houghton free kick, and then could only sigh in a relief when a lob volley from Toni Duggan — who took the ball on the left side and decided to try and catch the Canadian side by surprise — kissed the top of the crossbar.

In the end, though, White got the last laugh, diving bravely to redirect a ball from Williams that was more of a shot than a cross. But the goal was what England deserved. In fact, the English deserved a few more.