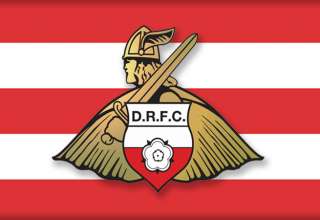 French international Pascal Chimbonda is currently plying his trade for League Championship side Doncaster Rovers; but he is taking a shot at making the Montreal Impact’s roster.

But the story has taken a curious turn.

Chimbonda was in Montreal Wednesday as part of the Impact’s pre-MLS evaluation camp. On Wednesday, after the The 11 contacted Doncaster Rovers for their reaction to Chimbonda’s appearance in Canada, the club’s spokesperson asked if there was any proof of Chimbonda’s presence at the Impact camp.

Steve Uttley, Doncaster’s media manager, said “he is signed with us till the transfer window.”

Meanwhile, Montreal spokesperson Patrick Vallee said “the club cannot confirm anything about this player.” There will be no comment coming out of the Montreal camp about Chimbonda.

When Chimbonda signed with Doncaster on Sept. 29, he told the club’s website that he would train hard to be ready for the big derby match against Leeds United Oct. 14.

“I’m happy to play now if the manager needs me but the international break will give me the chance to improve my fitness and be ready for the derby game.”

Instead of using the international break to prepare for the Leeds match, that he’s using it as a platform to try to secure a job for 2012. And the optics of signing for one club on Sept. 29, then going on trial for another team less than a week later — it’s not good.

Chimbonda’s appearance was the biggest news on what was a heavy news day for the Impact — as the club also announced that Mike Sorber, a former assistant coach in the U.S. national team program, will join the Impact to assist coach Jesse Marsch.

“Mike’s experience both coaching and playing at the international level will be invaluable for our organization as we build towards 2012,” said Marsch.

On Tuesday, the Impact named Hassoun Camara — the French international who will get a serious look during this camp — its team MVP for its final NASL season. Camara was the only member of the Impact to make the year-end NASL all-star team, even though keeper Evan Bush, who is also at the evaluation camp, won the Golden Glove award — handed out to the NASL keeper who had the best season, statistically speaking, in the NASL.

A lot of Impact supporters would argue that Bush, who surrendered just 14 goals in 19 games this season, was more valuable than Camara.