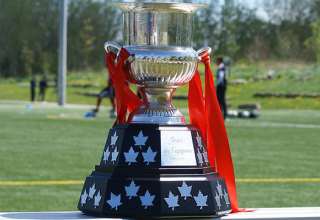 Last January, the Canadian Soccer Association “sold the farm” when it and MLS agreed to new domestic-player quotas. As of January, 2011, Canadian MLS teams needed to carry just three Canadians on their rosters.

“Sold the farm” is in quotes for a reason. Many times, I have heard these words uttered by people in the Canadian soccer establishment over the last 11 months to describe the deal.

At the time the deal was struck, the notion behind it seemed fair enough. Surely, there would be plenty of chance for the academies of the Canadian teams to fill many of these slots, creating a network of homegrown players that graduate to the senior clubs.

But, at the moment, it’s a mess. Vancouver has three young Canadians on its roster at the moment. But it would be hard to see any being regulars. And for most of the second half of the season, the only “Canadian” making regular starts was Alain Rochat, who was born in Quebec, but grew up in and represents Switzerland.

Now, the Montreal Impact has 23 players signed to its senior roster for its debut MLS season. And it is still one short of that reduced Canadian player quota. The only Canadians on board are Patrice Bernier and keeper Greg Sutton. Bernier will likely be the only opening-day starter (so far, at least). Sutton will likely start as the third keeper on the depth chart behind Donovan Ricketts and Evan Bush.

Remember, the MLS rules state for three on a roster, not in a starting lineup or even on a game sheet. A team can have three Canadians and bury them at the bottom of the roster, as Vancouver did with Philippe Davies in 2011.

The cynics out there have told me that, despite the best intentions of the clubs, the laws of the jungle will always tempt GMs away from giving young Canadians a shot, when there are so many veteran international players available. And, those same cynics agree that there isn’t really an easy way back; that now it would be difficult for the CSA and MLS to up the Can-con requirements.

It’s not that far fetched to believe that we could see Montreal and Vancouver in a Canadian final, where there might not be a Canadian player on the field. (Thankfully, the Canadian Soccer Association records list Rochat with SUI next to his name, not CAN, so the Whitecaps can’t escape on a Can-con technicality).

Three’s not a bad place to start. But how about this for a rule? Each Canadian team must have three Canadian players (and by Canadian, we mean that the player would be eligible to play for a Canadian national side if called up that day) on each and every game roster — meaning either in the starting XI or the subs’ bench?

It wouldn’t be that hard for teams to do, even if the Impact or Whitecaps would lose Canadian players to injury. Why? For the Canadian Championship, rules state that teams will send a 30-player master list to the Canadian Soccer Association — and many will include academy players. Teams can make their game rosters from any combination of players from those lists of 30.

There are no roster rules, but traditionally the tournament has seen the teams use more Canadians on their rosters than they would for MLS matches. So, when a team has a big lead — like Toronto FC had over FC Edmonton after the first leg of their 2011 semifinal — it can bring in new blood.

But Montreal and Vancouver are worrying — and this is a good time for the CSA to put an insurance policy on Canadian content in a national tournament.

The Impact, despite having much tighter domestic roster rules in NASL, had five Canadians on the match lists, of which four played.

FC Edmonton has 16 Canadians either playing or on the bench over its two NCC games. Of the 16, 14 saw game action.

Toronto FC dressed seven Canadian players over its NCC matches, and used four of them.

So, entering the 2012 season, the concern lies with Montreal and Vancouver. If they need to play youngsters over a couple of veterans in order to abide by an NCC roster rule, so be it. Developing Canadian players need to see that there is room at the inn at the Canadian pro franchises.

It’s time that the CSA started to think about introducing a quota for our national championship. In some small ways, it can work to counteract how easily Canadian MLS teams can get around roster restrictions in their league.