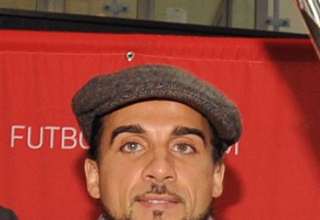 Ontario
Dwayne De Rosario
Dwayne De Rosario will go into Canada’s World Cup qualifier Friday against St. Lucia with another feather under his cap. The veteran was named the MLS Player of the Month for August after the votes from the membership of the North American Soccer Reporters were counted. De Rosario scored three times and added two assists in the month, a total of four games. All three of the goals came in a 3-3 tie with De Rosario’s former club, Toronto FC, in what was one of the marquee MLS matchups (for Canadian fans, at least) of August. And, all of the goals came while D.C. was down to 10 men. It was the pageantry of that game that likely swayed a lot of the voters. As well, De Rosario won player of the week twice in August… sort of. He was good for his player of the week award for his performance against Toronto FC; but he also won it Aug. 1 for his two-goal night against another of his former teams, the San Jose Earthquakes. But that game happened on July 30. How The 11 voted: De Rosario. Mauro Rosales of the Seattle Sounders spread his goals out — scoring three and adding three assists in four MLS games — to make the vote close. He got the second-place vote. It was a tough call, maybe it was heart over head. Both Rosales and De Rosario have transformed their teams. Rosales got a goal and two assists in the 6-2 rout of Columbus, which likely hurt his cause more than it helped. In a game as lopsided as that, scoring stats become a little numbing. But the clubs don’t make it easy for the voters. When they send in their info for the voters to look over, they include material we aren’t supposed to consider. Seattle included Rosales’ stats in CCL play. DCU made sure to mention the back-to-back player-of-the-week nods for De Rosario, even though one of those was for something he did in July. The voters are supposed to look at August MLS games only. But, in the end, it’s hard to argue that no player has had as singular an impact on his club in August as De Rosario had on D.C. United.
Load More Related Articles
Load More By Steven Sandor
Load More In Uncategorized
Comments are closed.