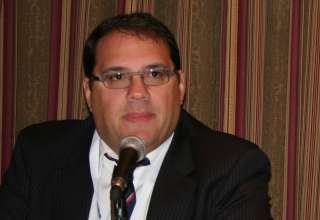 The Canadian Soccer Association looks to be taking a wait-and-see track as Edmonton City Council prepares to debate how it will improve Commonwealth Stadium ahead of the Women’s World Cup.

City Council is scheduled to debate three proposed Commonwealth Stadium renovation plans on Oct. 31. But the Canadian Soccer Association has confirmed to the The 11 that it won’t be sending representation to Edmonton for the meeting.

“No one from the Association will be attending the meeting,” read a statement from the CSA. “Note that we will not be commenting on this either at this point in time.”

The CSA won’t comment on the issue until after Edmonton has debated the three plans, which we brought up in a committee meeting earlier this month.

The cheapest plan, at $12 million, would see the stadium get a minimal fix-up and no new facilities built. It calls for trailers to be parked on the track surrounding the Commonwealth Stadium field, which would be used as makeshift dressing rooms. Of course, if images went out to the world on the international feeds of Hope Solo or Marta walking into a trailer at halftime of a Women’s World Cup match, it would severely damage Canada’s reputation as a good host — and would have effects that extend to a possible 2026 World Cup bid.

There is also a $35 million plan which would see the north concourse of the stadium rebuilt, but at this time it looks like a non-starter, as the previous committee, which included Mayor Stephen Mandel, only really debated the $12 and $20.7 million options.

Relations between Edmonton’s city fathers and the Canadian Soccer Association have been frosty since Commonwealth, which still bears a sign in front of the main gates advertising it as Canada’s National Soccer Stadium, has been taken out of the loop for holding national-team matches.

Edmonton is also exploring the possibility of building a 10,000-15,000 stadium which would serve as the home for FC Edmonton and would host other soccer events; and council could very well feel it will get more bang for the buck in allocating money for that project rather than going for the more expensive options when it comes to Commonwealth repairs and upgrades.