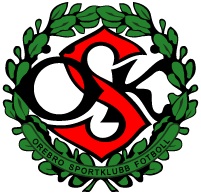 Chencinski, who took over in goal for Orebro SK after Swedish veteran Jonas Sandqvist gave up four goals in the season opener, had posted two clean sheets in his first two matches. Chencinski then posted another zero through the first 45 minutes of Sunday’s match against IFK Goteborg, but was victimized by Tobias Sana in the first-half injury time. The official time of the goal was 45:26, so add that to two games of shutout soccer and you get Chencinski’s clean-sheet streak to start his Swedish league career.

The game finished 2-2, as Pontus Farnerud scored late to salvage a draw for IFK after Orebro had taken the lead.

Chencinski, who was part of Toronto FC’s inaugural roster but never got into an MLS match for the club back in 2007, had a breakout season last year in Finland and VPS, and made the move up to Sweden in the off-season.

Last week, Canadian national coach Stephen Hart told media that he had been in contact with Chencinski’s agent over the subject of a possible national-team call-up. But at the same time, Hart said he didn’t see himself calling in many new players when Canada restarts World Cup qualifying this summer.