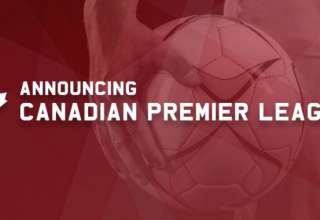 First off, apologies for not updating the site more over the last week. The New York Cosmos’s trip to Saudi Arabia  forced the postponement of their previously scheduled NASL match against FC Edmonton, so I got what was an unexpected weekend off from the club I cover. As well, this week allowed me a bit of time to recover, sports wise, from the Oilers playoff run, which kept me extremely busy over the past several weeks.

But, make no mistake, I’ve been keenly aware of the excitement that’s building following the Canadian Soccer Association’s rubber stamping of the Canadian Premier League. We may only have two for-sure teams right now — Winnipeg and Hamilton — but CPL organizer Paul Beirne’s comments, about his dreams for a league that could thrive in many markets we previously thought too small for division-one pro sports, have many of us dreaming about a league with true coast-to-coast coverage.

Supporters’ groups and potentials supporters’ groups are making themselves known. We’re eyeing players in MLS, NASL and USL and saying “geez, he’d make a good fit for the CanPL.”  We’re imagining the kits the teams will wear when the league finally kicks off, be it in 2018 or 2019.

Excitement, though, won’t be enough to make this league survive. Those involved in the league will be making significant up-front investments to make this thing work, and even the bluest-sky scenario will see this league leaking millions of dollars over its first few years of operation. This will be a long road.

And the light at the end of the tunnel needs to be provided by fans.

That means excitement isn’t enough. Here’s the real question, folks. How much are you willing to spend? Tickets? Subscription packages? Merchandise?

Those who have followed this site for a while have likely heard this before, but it’s worth repeating again. When I launched this site (and later, when the late Plastic Pitch was launched), I spoke to many ad agencies and their view of soccer fans in Canada was downright harsh. Over and over, they told me “soccer fans don’t spend any money.” Their rationale, 100,000 soccer fans don’t spend as much as 1,000 hockey fans would on their sport. So, actually trying to sell stuff to soccer fans through advertising was pointless.

I just finished a season of covering sold-out hockey game after sold-out hockey game, where fans spending hundreds of dollars each on tickets were wearing official jerseys costing $300 or more. Meanwhile, I have lost count of the people who have told me $20 or $30 “was too much” to watch FC Edmonton. Or the outcry that came when NASL tried to charge $5 a month for its streaming package, a couple of years ago.

Look, I get it: For years and years, our sport wasn’t really available to us on mainstream TV or major websites; so, we looked for pirated streams and shared the links on social media. We shared articles the only way we knew how, by cutting and pasting them. But, because of that, we’ve been branded as cheapskates. I think, with the success of MLS in three Canadian markets, we’re slowly shaking that reputation, but it will all go for naught if CanPL fans start sharing pirated streams and not paying for stuff when the league kicks off.

Basically, when CanPL commences play, pay the going rate. Support a broadcaster who is paying the rights fees. If you’re a cord cutter, support the platform that is ensuring that money is going back to the content creators; the broadcasters, the league and the players.

Do everything you can to shake the “culture of free” stigma that sticks to Canadian soccer.

As well, do your part and support the media that write about CanPL. Don’t copy and paste stories from websites; paste the links. Find ways to throw a few bucks towards the young writers who will be cutting their teeth covering CanPL. If a magazine covers CanPL, subscribe. Hey, this isn’t about me; I’m realistic. I’ve been covering Canadian soccer for more than two decades. What this sports needs is new voices, fresh people, who will offer their perspectives, insight and scoops. But, unfortunately, the lifecycle for most of these young soccer writers is this: 1. Start writing 2. Take lots of trolling from people who are reading your stuff for free  3. Get burned out and quit.

So, ahem, pay for this stuff.

It burns me when I hear soccer fans moan that a streaming package might cost a couple of bucks a month. If you can’t afford it, fine. But, I’ve lost count of the people who have told me how they can’t actually afford to legally stream soccer, while we’re having beer, or during a road trip to support the Canadian national team. Money for beer, money for the road trip, but, man, those few bucks to watch soccer is gonna kill me!

Look, I know how this looks, coming from someone who is a colour commentator for a Canadian NASL team. “Of course you’re going to slam piracy. You have to!” But I wish I could give you a tour of a game day. How many cameras and camerapeople are involved. Commentators. Producers. Directors. The people who make the stat fonts on the screen. Oh, and the production truck that costs north of a million bucks.

CanPL is only as good as the fans who are willing to support it, not just with our voices, but with our cash and credit cards.