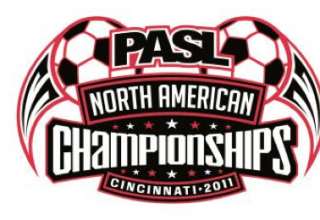 Calgary United FC will open the PASL North American Championships Thursday against PPM Sidekicks del Estado de Mexico. The Sidekicks finished in second place in the Mexican arm of the indoor soccer alliance, and are seeded No. 5 our of the six qualifying teams. Calgary is the No. 4 seed. The winner of Thursday’s game in Cincinnati will face the No. 1 seed San Diego Sockers in one semifinal. The Sidekicks finished second in the Liga Mexicana. It’s called Futbol Rapido in Mexico, or “fast soccer,” as not all the stadiums are indoor facilities. There are outdoor facilities with the boards and turf in Mexico. The Sidekicks are led by indoor soccer veteran Genoni Martinez. Fans who recall the Edmonton Drillers, Montreal Impact or Toronto Shooting Stars of the old National Professional Soccer League may remember Martinez as a member of the Wichita Wings or the Philadelphia Kixx. The Sidekicks decided to continue to lay the season even though three of their players, Edgardo Quezada, Jose Alberto “la Ratita” Chavez and Ivan Medina were killed in a motor vehicle accident earlier in 2011.

Rob Friend, sports director for Pacific FC, said that when he and coach Michael Silberbaue…