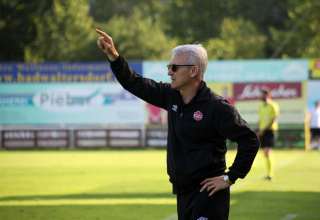 The Canadian Soccer Association will take its time in its search for a new coach for the men’s national team.

Canada Soccer President Victor Montagliani confirmed Wednesday that Benito Floro has coached his last game for the national side — the Spaniard’s contract will not be renewed.

Canada failed to qualify for the Hex, and continued a World Cup drought that dates back to 1986. With only friendlies on the horizon for the men’s national side, Montagliani said there is no rush to find a replacement.

“We want to be exhaustive,” he said. “We want to cast a net and not a fishing rod.”

He said that an interim coach will be named in the coming weeks, and Canada does plan to have it’s men’s national side in action on the remaining 2016 dates on FIFA’s international calendar.

Montagliani said the parting of the ways with Floro was “cordial” and that his tenure represented a “first block from the technical and tactical perspective.”

The president said “the program needs another elevation… we need to double down on the program.”

He said that with the CSA’s investment and Floro’s expertise, the standard of the men’s national team rose from a “three-star hotel” to a “five-star” hotel.