July 23, 2021
9 New Articles
Home MLS Toronto FC As he joins TFC, Will Johnson has glowing things to say about Portland 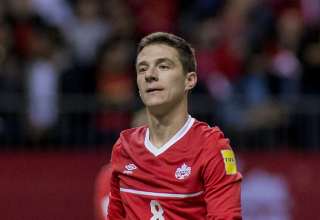 Will Johnson’s telephone first press conference as a Toronto FC player had a feeling of an acceptance speech.

He’s won MLS Cups. He’s been an MLS All-Star. He’s an MLS team captain. And, when healthy, he’s an automatic Canadian national-team starter. So there’s nothing wrong with the fact that his first interaction with the media as a Toronto FC midfielder felt like a bit of a victory lap. He’s earned it.

Like any good acceptance speech, he made sure to emphasize the thank-yous. On Friday, he praised the Portland Timbers, his former club, for making the deal to send him to Toronto happen.

“It wasn’t easy, it was complex, but obviously I wanted to come to Toronto,” he said.

And he thanked the medical staff with the Timbers for saving his career. In 2014, he broke his tibia and screws were needed to stabilize the leg. This past fall, he required more surgery to take screws out of the leg. That procedure forced him to miss the Timbers’ run to the MLS Cup.

“It’s been tough,” said Johnson. “I’ve had to stare at a lot of adversity and a potential career-ending injury in the face.”

And while he said the Timbers did everything possible to get him back to playing shape, he knew that, when the second surgery was set, his time with the club would be coming to an end.

“I kind of knew it was the end of me in Portland. The team was going to do well or not, and I wasn’t going to have a role in that.”

Johnson also noted the role that close friend Michael Bradley had in making the case for TFC. Bradley and Johnson played youth soccer together in Chicago, and also crossed paths at Dutch side, Heerenveen. Bradley, now a Designated Player with Toronto FC, keeps in regular contact with Johnson. As Bradley came to recognize that Johnson was likely leaving Portland, the case to join TFC got stronger and stronger.

Even though the trade for Johnson is yet another high-profile move for the biggest spending team in MLS, general manager Tim Bezbatchenko said he doesn’t see himself as get-rich quick kinda roster builder. He said that with MLS’s many “parity mechanisms” in place, that it’s difficult for a team to go from the bottom of the league to contention in the space of a year. In his mind, Johnson’s acquisition is just another step to making the club more competitive in an environment where parity rules the day.