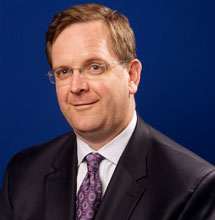 Speaking at halftime of Saturday’s Whitecaps-Impact curtain-raiser, Abbott pointed to Wednesday’s CONCACAF Champions League date which saw Toronto FC fans pack the Rogers Centre, the rekindling of the Impact-Whitecaps rivalry and the fact that Montreal has sold more than 40,000 tickets for next week’s Olympic Stadium home opener.

But, a cynic would question the “all-Canadian” nature of the Impact-Whitecaps match. After all, between the starting lineups of both teams, there was only one player who would be eligible for a Canada call-up; Impact midfielder Patrice Bernier.

If, say, Seattle and Portland were to face each other and there was only one American on the pitch, it would be a major discussion point.

Abbott, though, chose to focus on the positive.

“One of the great things about the league is the diversity of the player pool,” he said, choosing to focus on all the nationalities involved in the game rather than the lack of Canadians.”

Last season, when the quota of Canadians required on Canadian teams’ rosters was dropped to three, the league also announced the formation of a task force with the Canadian Soccer Association to improve the quality of our game. Abbott said the process is coming along, slowly.

“It is something that will continue to grow over time.”

Abbott said that he feels MLS has greatly contributed to the improvement of the U.S. national program. But, he added that the process took 17 long years, and is still evolving. Canadian teams have only been in the league since 2007, so the league’s contribution to state of soccer in this country can’t yet be measured.

“If you have players, day in, day out, plying their trade, they are going to get better.”