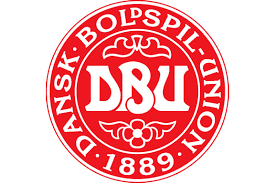 The Canadian men’s national team does not yet have a coach, but it knows when it will playing its next game.

The Canadian Soccer Association announced Monday that the men’s national team will play a friendly against Denmark on Jan. 27. The site? Tucson, Ariz., close to where many MLS teams hold their training camps in Casa Grande, Ariz.

Denmark had already booked a Jan. 30 match against Mexico, also in Arizona. That game is expected to draw a massive pro-Mexico crowd to the University of Phoenix. So, for the Danes, the Canada game acts as a warm-up for the Mexico match.

Denmark currently sits a shocking second-from-bottom in their UEFA World Cup qualifying, Group B. But the Danes are playing in arguably UEFA’s toughest group. Denmark has so far drawn the Czech Republic and Bulgaria, and lost to Italy.

With this game being on American soil, it’s hard to say what kind of lineup the Danes will use for the Canada match. But, at least on paper, it’s a more high-profile opponent for a friendly than we are used to seeing. Denmark qualified for the 2010 World Cup and has a European title on its resume.

So, will the Danes bring its first team, which includes the likes of Daniel Agger, Nicklas Bendtner and Simon Kjaer? Don’t hold your breath. According to the Danish Football Federation website, the team coach Morten Olsen will bring to North America will consist mainly of players from the Danish league, which doesn’t play in January. That league stops play in December and takes a winter break that lasts till March, so the January window allows some of that league’s best Danish talents to get some work in. With the business of the Premiership, Serie A and La Liga schedules in late January, it would be more difficult for Olsen to draw on some of his star talent playing in those leagues.

As well, because of the worsening European economy and cuts to the soccer budget, the Danes will combine this trip with its U-21 team.