February 03, 2023
9 New Articles
Home Canadian Premier League CanPL News and Notes Halifax Wanderers come on board, but you can put a lid on the Stephen Hart rumours 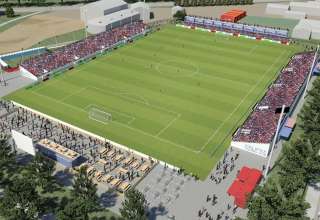 Rendering of the Wanderers' ground.

Hold off on the Stephen Hart-to-Halifax Wanderers rumours.

When the Halifax Wanderers’ website went live with the team’s launch on Friday afternoon, a quote attributed to former national-team coach Stephen Hart was featured. The eyebrow-raiser  was that he was listed as the president of Sports and Entertainment Atlantic, the organization which owns the new club. But, a little later, the site was updated and Hart was just listed as, well, the former national-team coach. (Both versions are below).

The Canadian Premier League has confirmed that the mention of Hart as president of SEA was an error. Basically, what was an endorsement from Hart as someone with significant Canadian soccer experience (and has called Halifax home) was tagged incorrectly. So, treat the second version as the correct one and please don’t use the first version as the reason to start a message-board war on the Voyageurs’ site. 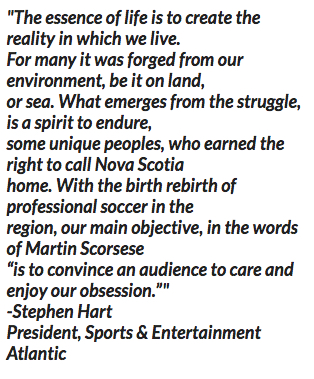 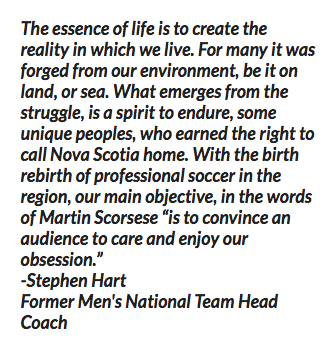 Now that the will-he-or-won’t-he is out of the way, a little more on the club; it will play out of the 6,000-seat Wanderers ground which is convenient to downtown. The convertible (or “pop-up” if you want to sound hipster) stadium concept has been approved by Halifax’s City Council for use by the Wanderers over the next three years. The team will play on a site that has a lot of rugby and soccer history and, like Calgary, will play on grass, not artificial turf. The team will wear Aqua Ocean, Harbour Blue and Naval Grey, a cool colour scheme that will mimic the changing shades of the ocean and the waterfront skies.

On the crest you’ll find the Gaelic motto: Ar Cala, Ar Dachaigh, Ar N-Anam, which translates to “Our Harbour, Our Home, Our Soul.” 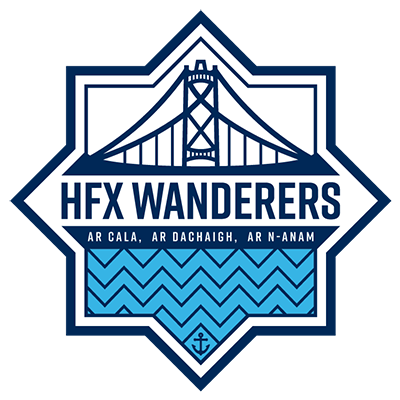 “Halifax Wanderers is the realization of a dream to reignite the passion of our community on a historic ground, through the power of sport,” said SEA President Derek Martin in a release (and it’s important to note Martin is listed as club president). “Our club will respect our storied past while also embracing our exciting future as a vibrant and inclusive city ready to compete on the world stage. We accept the responsibility of representing our wonderful city and invite our community to rediscover the Wanderers Grounds as a place to gather and cheer for our new hometown team”

What can’t be understated is the value of having an Atlantic Canadian team in a national pro league of any kind. For too long, the region has been on the outside looking in, as we have seen “national” leagues basically end at the Quebec border. I’ve heard from a few players from Atlantic Canada who feel that they weren’t seen or properly scouted; they were victims of geography.

Halifax is the third city on the CanPL tour of announcements. York 9 and Cavalry FC (Calgary) have already been announced. Three or four more announcements are planned to be made in the coming weeks. The league is planning to kick off in 2019.