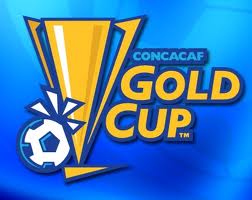 CONCACAF has issued a statement on how it plans to keep this July’s Gold Cup free of match-fixing.

Last week, The 11 approached both the Canadian Soccer Association and CONCACAF to ask what security measures will be in place for the Gold Cup. These inquiries came in the wake of an ESPN report that suggested a Singaporean match-fixer had claimed that every game of the tournament save for the final would be rigged. (SEE that report here).

The CSA said that all comments on Gold Cup security would be made by CONCACAF itself.

The fight against match-manipulation is a top priority for CONCACAF. As part of our commitment to preserving the integrity of the game and in alignment with FIFA guidelines, we are in the process of establishing all the necessary preventive measures to ensure the legitimacy of every match played in all of our tournaments, including the upcoming Gold Cup 2013 (July 7th – 28th).

As part of our continuous efforts to protect the game, we have already taken a series of preventive actions that include:

• Partnership with Sport Radar (a company established to monitor matches and to safeguard the integrity of football) to identify any irregular activity on the sports betting market and expose potential manipulation attempts throughout all of CONCACAF’s competitions.

• Partnership with INTERPOL (the world’s largest police organization) to organize an extensive series of instructional sessions involving all our 40 Member Associations. These educational workshops address topics that range from the betting industry, identification of match-fixing threats, governance, education and prevention. CONCACAF held the first Interpol Regional Workshop in August 2012 in Central America with the participation of the seven Member Associations that comprise the Union of Central American Football (UNCAF), in addition to Mexico. A second workshop for the USA and Canada took place in New York in late January, and a third one is being planned for the Caribbean countries in the upcoming months. INTERPOL also ensures and promotes the widest possible mutual assistance between all criminal police authorities.

• Educating, identifying, preventing and providing suitable disciplinary sanctions to all professionals involved in any unethical and unlawful behavior that would challenge the legitimate nature of our tournaments. All of our decisions are geared to benefit our sport and those who do not play by the rules of Fair Play on and off the field will be sanctioned.

• Exploring appropriate legislation to provide the context for parameters of sporting and criminal laws.

• Other preventive provisions, in the form of courses and trainings, to instruct all of our Member Associations on the risks that these criminal activities pose for the football community.

CONCACAF is committed to the fight against corruption and also acknowledges that the battle to counter match manipulation is not only about protecting the integrity of football, but about fighting against organized crime alongside all stakeholders involved.

The football family has to play a fundamental role in this battle against match fixing through education, surveillance and sanction. However, we must work in close partnership with all other affected sports, governments, law enforcement agencies, media, fans and society as a whole.

CONCACAF is working towards this goal.