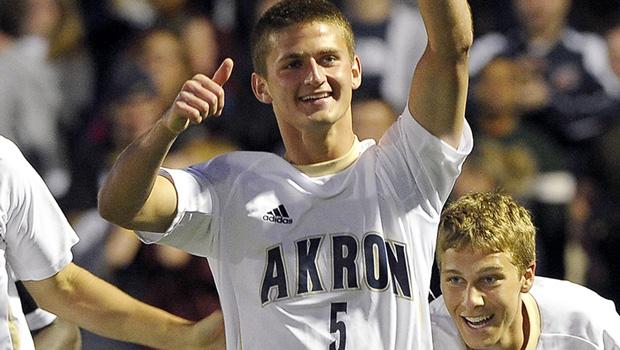 With seven members of his national championship side off to the pro ranks, coach Caleb Porter has to replenish the cupboards at the University of Akron. What Porter has established in his five years has helped the cause. “We’re always going to have to work hard,” Porter says of recruiting. “Everybody wants those (top recruits) guys and we’re going to have to work to get them. I think our biggest sell right now is not so much that we’ve won but it’s the way we play. The way we play helps to develop players for the next level.

Major League Soccer continually talks about the importance of having its teams succeed in international competition but, once again, the league has placed its All-Star game in direct conflict with the CONCACAF Champions League. MLS announced that it will host its annual All-Star Game July 27 at Red Bull Arena. But, as has been the case with the last two All-Star events, it clashes with the preliminary round of the CONCACAF Champions League. CONCACAF has already slated July 26-28 as the window for the first legs of the opening round.

With the Red Bull Arena being awarded the MLS All-Star Game, not MLS Cup, there is plenty of food for thought about who is going to host the final game of the season. If MLS is to retain its system of awarding the game to a neutral site — something the league reviewed in 2009 but decided to continue on with after Seattle fans packed the house on a rainy Sunday November night to see Real Salt Lake take the title in penalty kicks over the Los Angeles Galaxy — New York is out for 2011. Commissioner Don Garber said the MLS Cup “could be at some point” awarded to the New York area, but he and the league are concerned about the cold November weather. That means the league may have learned something from holding a night game in Toronto last season, where there were thousands of empty seats. Temperatures near the freezing mark and bitter breezes off Lake Ontario made the game a chilly one. MLS Cup was held in cold-weather venues before, such as Foxboro, Mass. and Columbus, but those were day games. And that’s a massive difference.

The first domino has fallen. Wednesday, Seattle made Fredy Montero, the franchise's top scorer, it's newest Designated Player. Not counting Landon Donovan's grandfathered deal with the Los Angeles Galaxy, the Colombian star becomes the first MLS regular to graduate from the normal salaried ranks to DP status. MLS knew this was coming. When the new DP rule was rolled out on April 1, allowing each team to have a maximum of three slots, the league knew that its member clubs would soon need to use spots so they could retain existing players, not just to attract players from Europe and South America. 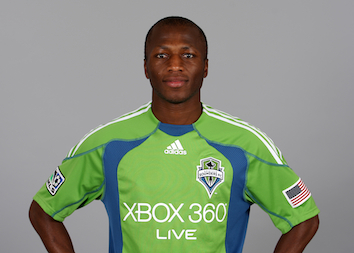 DPs for sale or rent... rooms to let 50 cents... OK, apologies to Roger Miller for that one. But, when Major League Soccer released the lists of players its existing 16 teams had made available for Wednesday’s expansion draft, the Designated Players jumped off the page. The Vancouver Whitecaps and Portland Timbers could each max out the three DPs allowed on their rosters in the first three rounds of the draft. Not that either would do that.