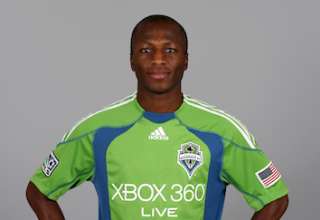 The Whitecaps and Portland Timbers each selected 11 players from unprotected lists from around MLS in Wednesday’s expansion draft.

“We think he’s a dynamic player,” said Whitecaps president Bob Lenarduzzi. “He’s a flank player; that’s a position we are looking to fill.”

Well, maybe not. Nyassi turned out to be a tradeable asset, as he was dispatched to Colorado for an international roster spot.

The Whitecaps chose to leave the seven designated players on offer, including Toronto FC midfielder Julian de Guzman, on the shelf. The only TFC player to be selected? Striker O’Brian White, a first-round draft pick in 2009 who struggled mightily in 2010. The Whitecaps then sent White to Seattle for allocation cash.

“We felt that we were only going to look at a DP once we have established our core,” said Lenarduzzi.

As well, Vancouver chose San Jose keeper Joe Cannon to compete with Jay Nolly, who is coming with the team from the NASL, for the starting job.

But Lenarduzzi was quick to point out that all of the 11 players selected by the ‘Caps could be used as trade bait, for draft picks, allocations or other players. No spot is guaranteed to any of the 11 the team brought into the fold Wednesday.

“We are looking for players with skill, character and leadership,” he said.

The Timbers’ choices were far more risky than Vancouver’s.

Portland — as expected — selected FC Dallas regular Dax McCarty, who started for the Americans at the 2007 U-20 World Cup held in Canada, at No. 1. But the surprise was that the Timbers deal McCarty to D.C. United in exchange for defender Rodney Wallace, allocation cash and a fourth-round pick.

The Timbers also took defender Jonathan Bornstein from Chivas USA and striker Robbie Findley from Real Salt Lake. Both of those players represented the U.S. at the World Cup in South Africa; but neither are expected to be anywhere near Oregon next year. Findley has said he wants to try to latch on with a European side, while Bornstein is off to Mexico to join Tigres UANL in the next week.

Taking fliers on players who might not be back in MLS was not an option for the Whitecaps.

“Things could change and he (Findley) could be a great addition for them (Portland),” said Lenarduzzi. “Then, the calculated gamble will have paid off. But we were looking to secure players for our roster or players who we think there would be interest in from around MLS.”

No kidding. The Whitecaps kept just seven of its 11 draft picks.

Soon after Lenarduzzi made that statement, the Whitecaps shipped strikers Alejandro Moreno and Alan Gordon to Chivas USA. Ironic, considering that the Whitecaps had just plucked Gordon from the Goats’ roster. Vancouver got an international slot and allocation money in return.

Juan Pablo Angel, who has scored more goals than any other player in MLS over the last four seasons and is coming off an expiring DP contract in New York, was not selected.

Also left on the racks were Chicago’s DP duo of Nery Castillo and Freddie Ljungberg; Seattle’s Swiss striker, Blaise Nkufo; San Jose’s Geovanni; and TFC’s Mista, who isn’t expected to return to MLS after scoring zero goals in league play for the Reds after making the move from Spain.

The Timbers chose San Jose midfielder Arturo Alvarez late in the draft, then sent the El Salvador international to Real Salt Lake for a second-round pick in the draft. Alvarez will help shore up RSL for its quarter-final match-up with the Columbus Crew in the CONCACAF Champions League. And, the Timbers then sent left back Anthony Wallace back to the Rapids just hours after plucking him from the MLS Cup champs.