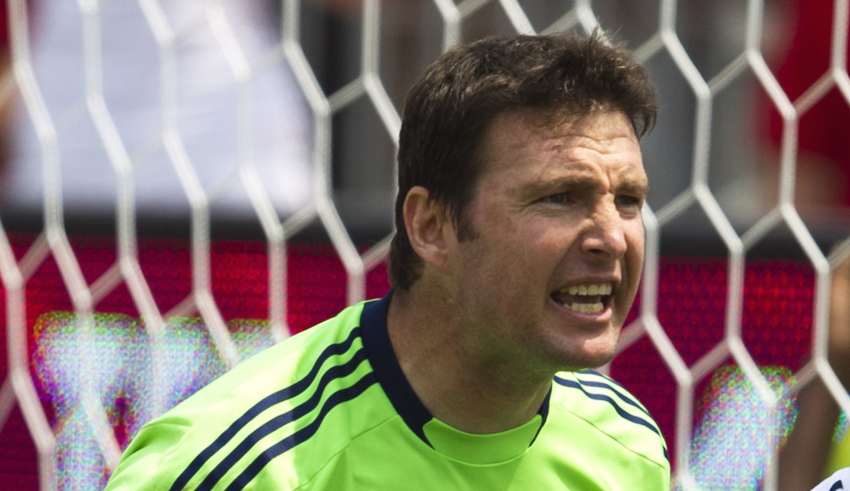 Kevin Harmse’s career has come full circle. The South Africa-born, Coquitlam B.C.-raised midfielder and defender has signed with the Whitecaps, after spending camp with the club. He was in the team’s dressing room after the 4-2 opening day win over Toronto FC. “Kevin is a physical player with MLS experience,” said Whitecaps FC head coach Teitur Thordarson in a release. …

Omar Salgado won’t have to wait until his 18th birthday to play in his first MLS game. The Vancouver Whitecaps have been successful in their efforts to get the No. 1 pick in the 2011 Superdraft cleared to play. Salgado is currently with the U.S. U-20 team as it prepares for the CONCACAF qualifiers in Guatemala, so he won’t be able to help the Whitecaps this Saturday in Philadelphia, where the club has a bit of a roster crisis because of international call-ups.

Jay Nolly will start his first game in MLS since 2007, when he goes between the sticks for the Vancouver Whitecaps for Saturday’s season opener against Toronto FC. Like a lot of players on expansion clubs — no matter what the league — Nolly told media Friday at Empire Field that the Whitecaps can exceed the low expectations placed upon them by the pundits. After all, in MLS, there is a history of expansion teams walking into a league with a low salary cap and high roster turnovers and winning. Chicago won it all in an expansion season. The Seattle Sounders have been to the playoffs each of their first two years in the league, and have two U.S. Open Cups. Nolly believes the Whitecaps will benefit from consistency. “We’ve brought, 10, 11, 15 guys from last year along,” said Nolly.

Long Tan’s days as a trialist are over. Blake Wagner has made the return to MLS from Division-2. Both players signed with the Vancouver Whitecaps Friday after impressing the brass with their preseason performances.

Lenarduzzi and coach Teitur Thordarson must believe that the core has established itself very nicely over the course of a few preseason games because, on Friday, the Whitecaps announced the signing of a DP — French striker Eric Hassli, who scored 21 goals in 34 games for Swiss side FC Zurich during its domestic championship season of 2008-09. He has scored one goal in five Champions League appearances.

The Vancouver Whitecaps were beaten 2-0 by the Los Angeles Galaxy in a closed-door training game Monday in Arizona.

The Vancouver Whitecaps announced Friday that the club will have Canadian-born Swiss national-team defender Alain Rochat on the roster for the 2011 MLS season.