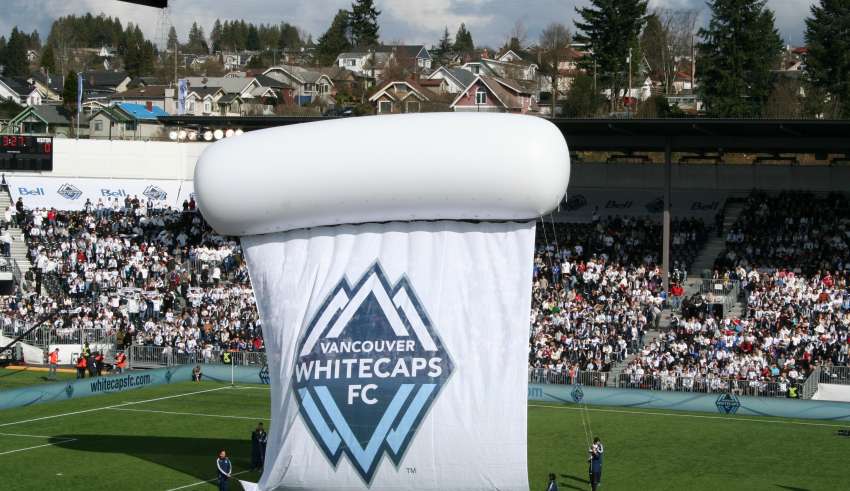 ussell Teibert and his teammates on the Canadian U-20 will look to the recent success of our U-17 program for inspiration. Teibert will leave the Vancouver Whitecaps Sunday, the day after they open the MLS season against Toronto FC, to head to Florida for the national U-20 camp. The Canadian team will then head to Guatemala for the CONCACAF qualifiers for the U-20 World Cup.

But, anyone who tuned in to watch the Vancouver Whitecaps hang on to beat the Seattle Sounders 3-2 in the finale of the Cascadia Cup — or any of the 4,000 people who packed what’s normally a training pitch in Tukwila, Wash — got to see about as entertaining a MLS preseason game as you’re ever going to see.

The Vancouver Whitecaps created plenty of chances, but had to settle for a 1-1 draw with the Portland Timbers Saturday at the preseason Cascadia Cup in Tukwila, Wash. The Timbers scored inside of the first 10 minutes, with Ryan Pore — who spent three years with the Kansas City Wizards slamming a the ball home after Whitecaps’ keeper Jay Nolly spilled it after the initial shot.

Niagara Falls, Ont. teenager Russell Teibert scored and then delivered the corner that led to Terry Dunfield’s winner as the Vancouver Whitecaps defeated Real Salt Lake 2-1 in their first preseason game. The match, held in Arizona, was broken into three 45-minute segments to allow both clubs the chance to get as many prospects on the field as possible.