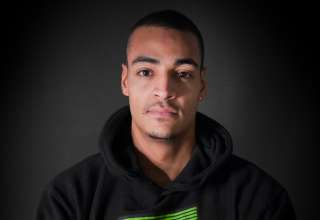 Simon Adjei had a heck of a strike rate in 2016, when he played for Aurora FC in League1 Ontario. The Swedish/Ghanaian forward scored 19 times in 19 matches before heading back to Europe.

So, a foreign player who is familiar with Canada, and has excelled in lower division European football. Hmm. Put it all together, and Adjei makes for the prototypical Canadian Premier League foreign signing. And, on Monday, he made history by being the first ever foreigner formally introduced as a CanPL player. He joins York 9, where he’ll be awfully close to the fields on which he played for Aurora back in 2016.

Adjei played for Jim Brennan at Aurora — and, now, Brennan is making the footballing decisions at York 9. So, the links are there. And that’s what CanPL coaches and managers have to do — use their connections with players to sell the idea of coming into a new league. Because the CanPL has no track record, a coach needs to sell a promise, not a product. And having that level of trust with a player certainly helps.

For example, we know at FC Edmonton, coach Jeff Paulus has been working his connections with former NASL players, working to bring some of them into his club. This is simply how it has to work in season one. When a player or agent asks “what’s the team going to be like?” or “what are the training facilities and accommodation going to be like?” they have to settle for the answer, “trust me.” If you get that from a coach you don’t know, you won’t be as quick to sign the contract.

“We wanted a player that has an eye for goal and is clinical in the 18-yard box,” Brennan said in a league-issued release.  “We look for strong strikers that can link up play and push themselves to get in the box. Simon fits that mould and we’re excited to have him.”

As the league announces more players, foreign or domestic, it will be fun to trace back the relationships they or their agents have with certain coaches or executives in the league. And don’t read this as some kind of agent-coach conspiracy; anything but. CanPL teams need to use their networks; that’s how teams are going to get built ahead of season one.