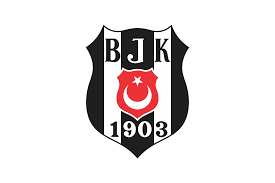 Canadian midfielder Atiba Hutchinson and his new Besiktas teammates tasted victory in their Turkish league opener over the weekend. But, on Tuesday their club begins its quest for a far more important win.

The Court of Arbitration for Sport announced that it will begin hearing Besiktas’s appeal on Tuesday against a Europa League ban that had been imposed by UEFA. Earlier this year, UEFA barred the Istanbul club from the Europa League due to the team’s alleged role in a Turkish match-fixing scandal, which also included Fenerbahce.

Besiktas was able to launch an appeal against the ban, which means it will play out a Europa League qualifier against Tromso, which begins Thursday. But, the CAS announced that, after hearing the evidence on Tuesday, it will announce on Aug. 30 whether or not the Besiktas ban has been overturned or upheld.

“In accordance with the usual CAS practice, the cases will be heard by the CAS arbitrators, in private, in the presence of the representatives of the organizations involved and their legal teams,” read a statement from the Court.

Hutchinson made the decision to move to Besiktas after his contract with PSV Eindhoven ran out. He signed with the club after UEFA had issued the ban — so he and his agent fully understood the risks of going to a club that had been fingered for match-fixing.

The club, under the tutelage of former Croatian national-team boss Slaven Bilic, won its season opener by a 2-0 count over Trabzonspor. Hutchinson started the match.

“I believe I put in a decent effort and felt real comfortable out there,” Hutchinson was quoted on the team’s website. “As we practiced throughout the week, we covered each other in defence and broke well. I think we’ve made a good start into the season.”

But those good feelings could soon turn to heartbreak if the court upholds FIFA’s decision to toss Besiktas out of Europe.