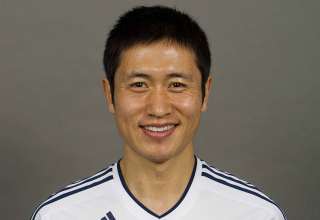 Call it a smash-and-grab. Call it larceny. But there was definitely a sense that the Vancouver Whitecaps left the Ohio capital Saturday night with three points that they had simply stolen from the Columbus Crew.

Lee Young-Pyo’s free kick was the deciding factor, as the Whitecaps beat the Crew 1-0, their second road win in franchise history.

The Korean struck one of the most gorgeous mishits you will ever see. Lining up a free kick from the right side, the defender hesitated over the ball, then stroked what was meant to be a cross. But, the ball sliced and curved towards goal, leaving Columbus keeper Andy Gruenebaum helpless to stop the shot. Grunenbaum leaped, but couldn’t stop the ball from floating in.

And this is what makes the sport of soccer so engaging; one team can dominate a match for long periods, but if it doesn’t convert its chances, all it takes is one slip or moment of genius to turn the game.

The Whitecaps could have been down by two or three at halftime.

In fact, Crew defender Josh Williams — who might be your last pick of the 20 outfield players who started this game to score — could have had two.

Less than 10 minutes into the first half, Williams charged undetected into the far-post area and thumped a volley off a corner kick into the Whitecaps’ goal. But the goal was ruled out because Crew central defender Chad Marshall had pushed Whitecaps’ defender Jay DeMerit in the back. The ball was floated well over where Marshall and DeMerit were tussling, so Marshall’s needless push cost Williams a goal.

On another corner, Williams attempted an audacious overhead kick, but his attempt crashed off the bar.

Williams wasn’t the only Crew player to come close in the first half. Whitecaps’ keeper Joe Cannon was called upon to make two excellent saves before the halftime whistle. Both midfielder Eddie Gaven and striker Aaron Schoenfeld unleashed skipping drives
that forced Cannon not only to dive, but react to awkward bounces before the shots got to him.

Schoenfeld was taken in the Supplemental Draft by Montreal.

With Camilo not available due to injury, Whitecaps coach Martin Rennie began with a midfield of Gershon Koffie, Jun Marques Davidson and Matt Watson; a physcial trio to be sure, but not a group you’d expect to generate a lot of offence. But, before the Lee goal, Watson created the only other real chance the Whitecaps had; in the first half, Watson won a ball back in the Columbus box, caught three Crew defenders flat-footed, and was able to lash a drive at goal that Grunenbaum did well to parry away.

Near the end of the season, if the Whitecaps are in the playoff race, think back to this match. Because these points may prove to be invaluable in the heated Western Conference playoff race.