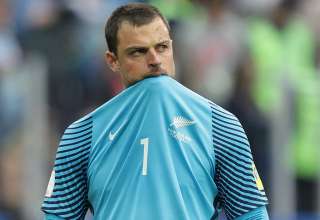 The modern soccer team’s roster is always in a state of flux. From year to year, teams change and change and change so more. With so many contract options, sales, loans and short-term deals — all in a giant global marketplace — soccer teams roll over players at a rate that would make fans of other team sports shake.

Yet, even though teams are constantly changing, fans and media often burden the current players with the anchors of the past. Case in point: Going into Wednesday’s playoff match against the San Jose Earthquakes, a lot has been said about the Vancouver Whitecaps having never won a post-season MLS match. Players like Fredy Montero or Yordy Reyna or Jakob Nerwinski Stefan Marinovic or Aly Ghazal have nothing to do with that history, yet, by putting on Whitecaps shirts for the first time in 2017, we sort of magically expect them to be jinxed, as well.

Well, these new Whitecaps didn’t accept that repeating history was inevitable. Instead, they romped 5-0 Wednesday at BC Place. Not only did they win their first playoff game, the Whitecaps scored five times in a match for the first time in the club’s MLS tenure.

Montero’s diving header, coming right after defender Kendall Waston got his head to a corner kick, gave the Whitecaps a 1-0 first-half lead.

The second half was an onslaught. The third-seeded Whitecaps took the made-the-playoffs-on-the-last-day Earthquakes to the cleaners like we were watching a Premiership team dismantle a semi-pro side in an FA Cup match. Cristian Techera rocketed a free-kick goal into the net. Waston scrambled one in from a goalmouth scramble. And then Nicolas Mezquida came on and added two more.

But let’s back up and look to the performance of one player: Marinovic.

Go back to the fifth minute of the game. The Earthquakes have actually started brightly. And they get a free kick just outside the box. Anibal Godoy smacks the ball and Marinovic is forced into a leaping save. Not only does he stop the ball, he gets a strong hand to it, so there is no rebound in the area.

If that goes in, do the Whitecaps respond with five goals? If the Earthquakes take the lead, does BC Place fill with tension? Do the ghosts of the past begin to haunt the players?

As well, early in the second half, with score only at 1-0, Marinovic dove to deny veteran Chris Wondolowski’s snap shot. Wondolowski didn’t make the best contact with the ball, but it was still a dangerous play, and Marinovic did well to get low and parry the danger away. If the Earthquakes equalize there, once again, do the Whitecaps get deflated?

These were key tests for the New Zealander. And don’t discount how important they were — even though they will likely get lost in a five-goal onslaught.