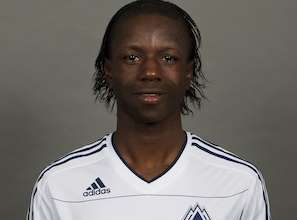 Whenever a team can go into the Denver suburbs and steal a road win, it’s a positive. It doesn’t have to be pretty.

Such is the nature of the massive home-field advantage that’s usually enjoyed by the Colorado Rapids. Coming to play in mile-high altitude is not easy, especially for a team like the Whitecaps, that normally trains on the coast.

Add to that the fact that raging forest fires throughout the state of Colorado added some smoke to the air, the summer heat and … well it’s not quite the heat, altitude and smog of Azteca Stadium, but you get the idea.

Opportunistic, all right. The Caps scored on their only shot on goal of the entire match, and it was created by a miscue in the centre of the Rapids defence.

In the 43rd minute, left back Jordan Harvey sent a speculative cross into the box, that really wasn’t near a Whitecap. Rapids centre-half Drew Moor was in the path of the cross, but mishit the ball. It bounded behind him into no-man’s land in the penalty area, and speedy Caps’ striker Darren Mattocks pounced on the chance and converted.

“It’s a big win for us on the road in a tough place to come,” Whitecaps coach Martin Rennie told Vancouver’s TEAM 1410 radio after the match. “It was very hot here, and obviously, it was a big night for the Rapids being the 4th of July. For us to come in here and play as disciplined and professional as we did is a big positive for us.”

Robson’s most memorable moment of the match came just four minutes in, when he smacked a left-footed blast from 25 yards out just over the bar. But Robson would want to forget a terrible giveaway in midfield just 10 minutes later. Martin Rivero caught Robson lingering on the ball, stripped it, and then led a Rapids counterattack which saw Conor Casey skid a shot just wide of the post.

With the Whitecaps beginning a stretch of four matches in 11 days — all of them on the road, Rennie played with his lineup. Midfielder Jun Marques Davidson was unavailable due to suspension, so Alain Rochat played as a midfield stopper rather than on the back line. As well, striker Eric Hassli, who had been out of favour, got back into the starting XI, while Sebastien Le Toux was dropped. Camilo came into the game as a sub. Le Toux came in for Robson in the 56th minute.

With so many games in such a short period of time, we can expect to see all of the attacking options being juggled in order to keep the lineup fresh.

Outside of Robson’s speculative shot and the Mattocks’ goal, the other big incident of the first half saw Whitecaps left back Harvey lay out to block a pass across the box, with Rapids’ forward Rivero lurking at the post ready to tap the ball into an open goal.

But the Whitecaps did well to slow the pace down and turn the match into a, well, ugly thing indeed. But that’s what you need to do at altitude; you can’t get into a track meet with the home team. You have to slow things down.

If you go after the home team hard at altitude, you end up paying for it in the second half. And , once you’ve seen MLS for a few years, you get used to seeing Colorado (and Real Salt Lake) steal a whole bunch of matches in the final phases of second halves — as the road teams has overextended itself and run out of gas.

It was slow, measured, and effective.